One of the most popular skins for ★ Bayonet. It allows you to emphasize the huge game experience and skill. With Scorched every player will become a top-ranked leader of his team, even before the start of the first round.

3.6
Games Mojo is not an official representative or the developer of CS:GO or this additional item.

3.6
Add to Favorites    Like it
Get more info
Comments Stats 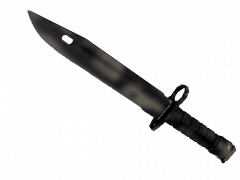 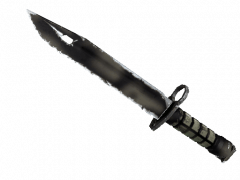 Relatively unchanged in its design since World War II, the bayonet still retains a place in modern military strategy. Bayonet charges have continued to be effective as recently as the second Gulf War and the war in Afghanistan.
Steam Market

It has been spray-painted in a sun-dappled pattern.

The Phoenix is not a symbol of destruction... it's a symbol of rebirth - Valeria Jenner, Revolutionary


To download and use Scorchedfor ★ Bayonet you need to have purchased and installed Counter-Strike: Global Offensive. Please note that you will not be able to trade this skin for one week.
Get Skin
Sponsored links

It has been painted using a blue camo hydrogr...

It has been anodized red and uses steel mesh...

It has been stonewashed and given a black lam...

It has been custom painted with knotwork.

It has been painted black and purple, then de...

It has been painted with black and silver met...

Subscribe to our weekly Newsletter and receive updates via email.

The Sims 4 is being reinforced with additional downloadable...

Following the delayed release of the much-anticipated Warcra...

It appears that the rumors circulating on the Internet about...

People who are into “serious” gaming may not eve...

What You Need to Know About Half-Life: Alyx

We have been forgetting Valve as the creator of Half-Life, k...

The ghost of Sony PlayStation 5 is haunting the gaming commu...