10 Best Games for Windows 10: Each of Them is Gaming Trend 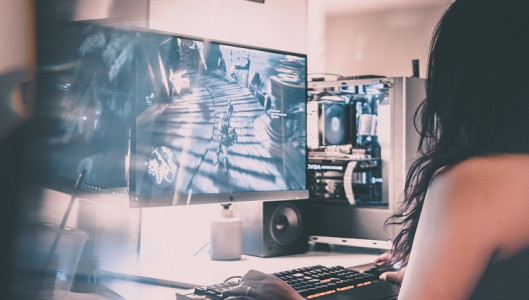 The winter is coming, and sooner or later it would be cold outside. This is not a weather prediction, but an invitation to warm up by the screen of your PC. This is one of the most reliable and proven ways to have fun and forget about the gloom of cold winter evenings.

Our team made a compilation of 10 best games for Windows 10 PC that won’t let you freeze the next months. Beware, every game is exceptionally capturing and causes the strong gamer’s addiction.

Your Windows PC is calling! So faster proceed to the hottest titles below. 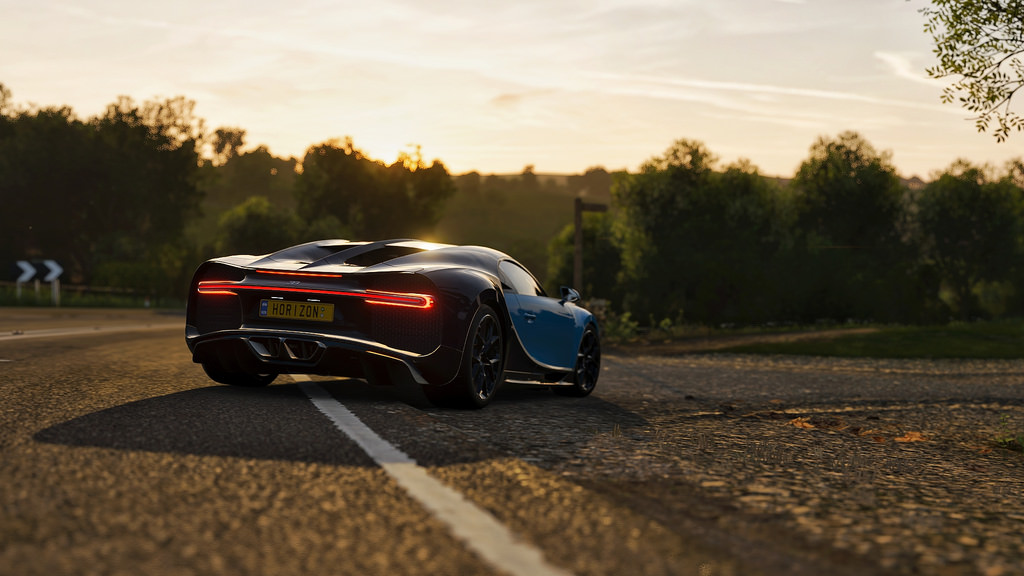 The latest release from Microsoft Studios is an outstanding title revealing the race game for the real connoisseurs of the genre. What differs Forza Horizon 4 from other similar titles?

First, of all, the game is rich regarding its content. More than 450 cars are available for collecting, driving, and customizing. On the lands of historic Britain, you will race on the best vehicles and explore the beautiful surroundings. You can go alone to enjoy the ride entirely or with a team of same addicted racers.

The next thing admiring us is the mutability of conditions. The entire gameplay will change with the shift of a season. So each experience would be different depending on whether you ride in winter or summer.

Your car adventure final goal is to become the Horizon Superstar. So dare to be the best on the off-road, circuit racing, and drift. 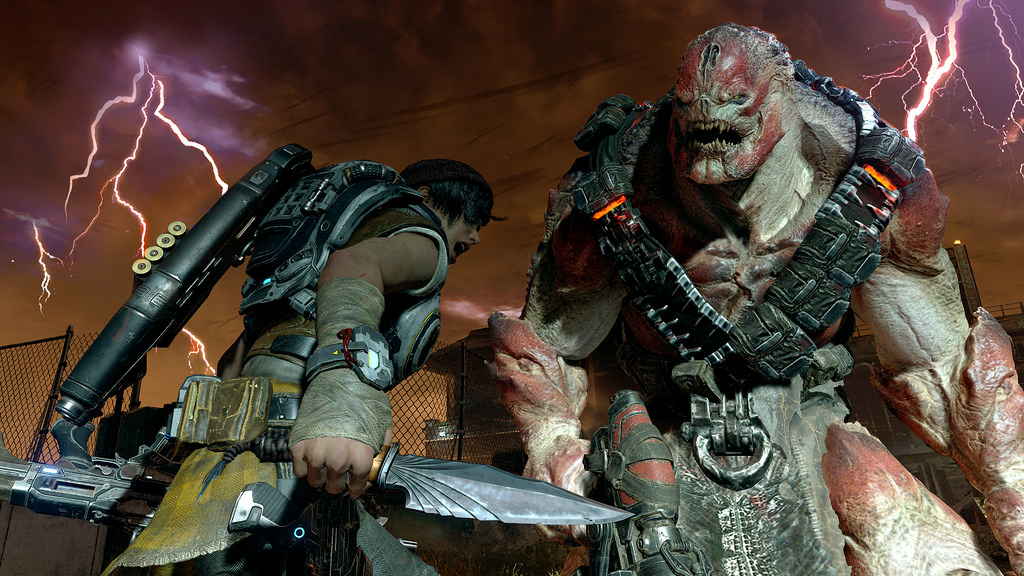 Third-person shooters for the bloodshed games fans is the win-win. Do you agree? Then Gears of War 4 is definitely your choice. Surprisingly, the fourth part of the Gears franchise is much more colorful than all the previous. The light and sunny world is opening before you. This is planet Sera which has finally come to life after 25 years of devastating war.

Meet the new protagonist in Gears of War 4. This is J.D. Fenix, the son of well-known to all the fans Marcus Fenix. The main character is a deserter, a criminal on the run, and an adventurer. The rest of his company that joined him on a mission is very alike to J.D. Along the way, they joke, talk about the meaning of life, and destroy the Coalition's robots with undisguised pleasure.

Even though the plot has new twists, the game preserves the same action-packed gameplay. The fans of the Gear of War franchise are going to be satisfied with keeping the game spirit for which they adore this title. 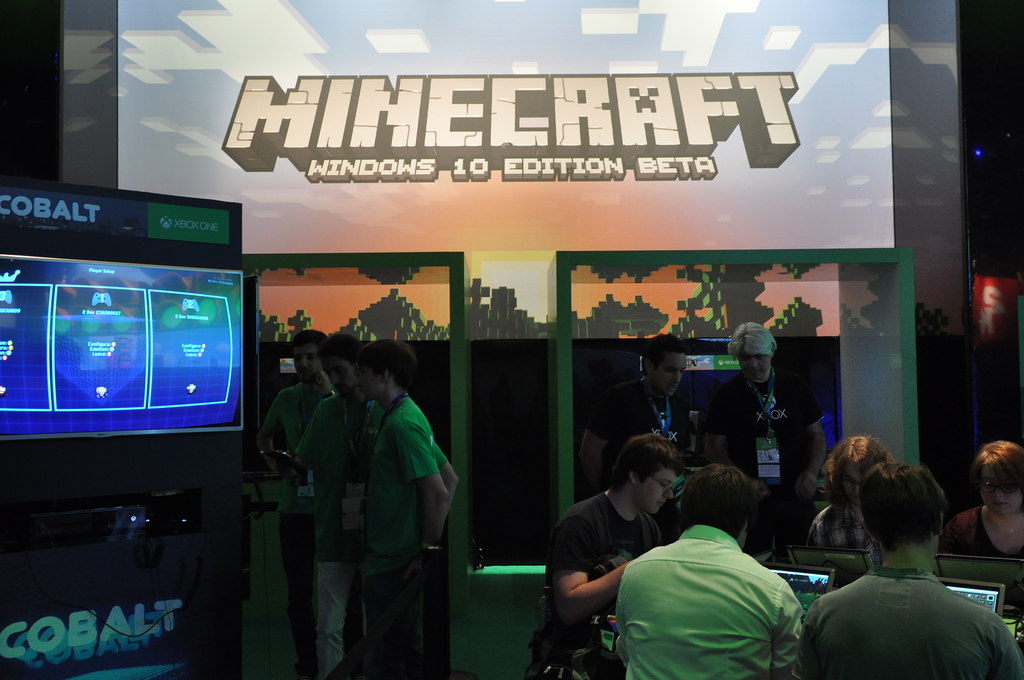 In the world full of blocks, what are you going to do? As always, in Minecraft, you are going to have the best construction, destroying, and survival experience.

Besides the well-known game features, Minecraft Edition for Windows 10 has some new interesting key points as well. Now you can play with seven friends simultaneously so that the boundaries of fun will be expanded for a big company. What else new to expect from Minecraft Windows 10 Edition?

There will be slash commands allowing you to make changes to the gameplay regarding various items and conditions, for example, the time of the day, and so on. If you prefer winter time for the Minecraft mission, you will get an opportunity to build igloos and interact polar bears.

New sets of skins, textures, and worlds are also included. The Holiday mix-set is among them.

4. Rise of the Tomb Raider 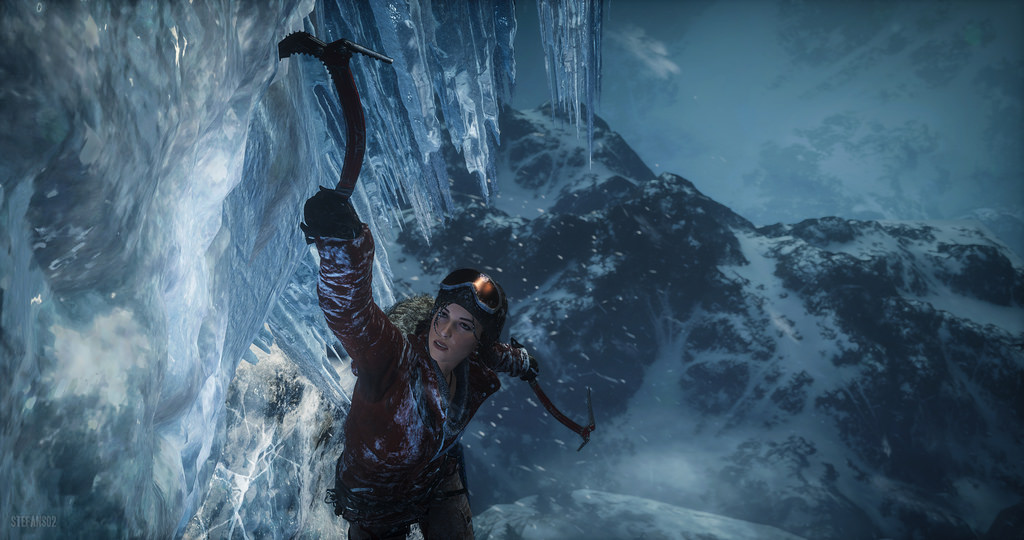 Modern, spectacular, but still the same beloved by fans Tomb Raider. The 2018 autumn release of Rise of the Tomb Raider became the long-expected surprise for all the franchise adherents.

The game is still action- and adventure-packed, it keeps the exciting spirit from the old titles. This time Lara is going to explore Siberia and experience all the difficulties common for the polar expeditions.

As before, together with Lara players will examine the Lost City in the severe decorations. There you are going to look for the source of eternal life. And as always, along with the ancient treasures, the heroine finds organized and armed criminals on her way to the secret source. Thanks to the well thought out graphics with colorful and detailed decorations players can enjoy the environment to the full.

The old mechanics was also improved to intensify the gaming experience. The Tomb Raider latest title noticeably got a boost in many aspects to enhance the overall impression from the game. Survival became an integral part of the gameplay so that the tense is even more tangible. 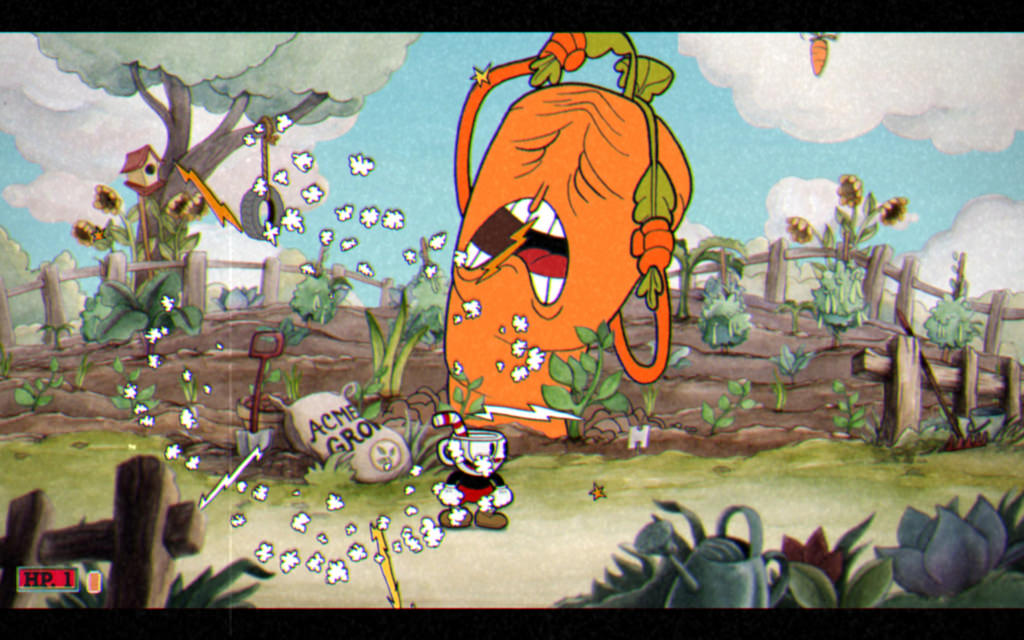 Surreal and fun adventure with non-cartoonish dangers, do you want to try it? Then Cuphead is for you. This unusual game will transfer you to the imaginary cartoon permeated with the spirit of the American 30’s animation. What a strange sensation to feel yourself a character of a distorted Disney movie!

So you are a cup-headed creature moving through the world of absurdity to the sounds of jazz. On your way, you are going to meet other strange guys with funny names like King Dice, Cala Maria, Goopy Le Grande, Baroness Von Bon Bon, and others. Your main intention is to get to The Devil. To do that, pass the range of bosses with various skills and powers.

One of the best graphics solutions you could ever imagine for the game is in Cuphead. Moreover, the game keeps elegant and simple mechanics. Shoot in two modes, use the super-attack, get the funniest fighting experience. Though your mission is rather cruel, the joy and amusement do not leave for a minute during the game. 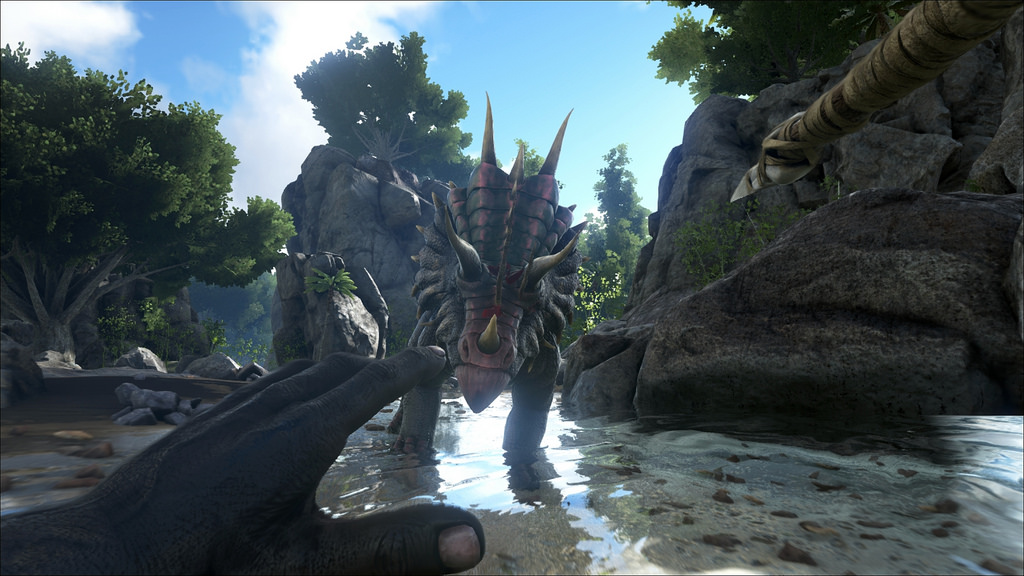 We know that dinosaurs still exist and we are positively sure you would like to meet them. All you need to do to see the dinosaur of your dream is to play ARK: Survival Evolved. So you are welcome on the island inhabited with dinosaurs of different shapes and sizes. Aggressive and dangerous, they need to be tamed or killed.

ARK: Survival Evolved offers you to get the experience of diversified activities like crafting, fighting, and surviving. You need to have steel nerves to manage these destructive creatures and to get some of them at your disposal. Having own team of dinosaurs is essential for survival and spectacular combats as well.

Try to survive and train the secure dinosaurs team, and simultaneously get the absolute joy from playing. Multiplayer mode is available for more excitement and fun. 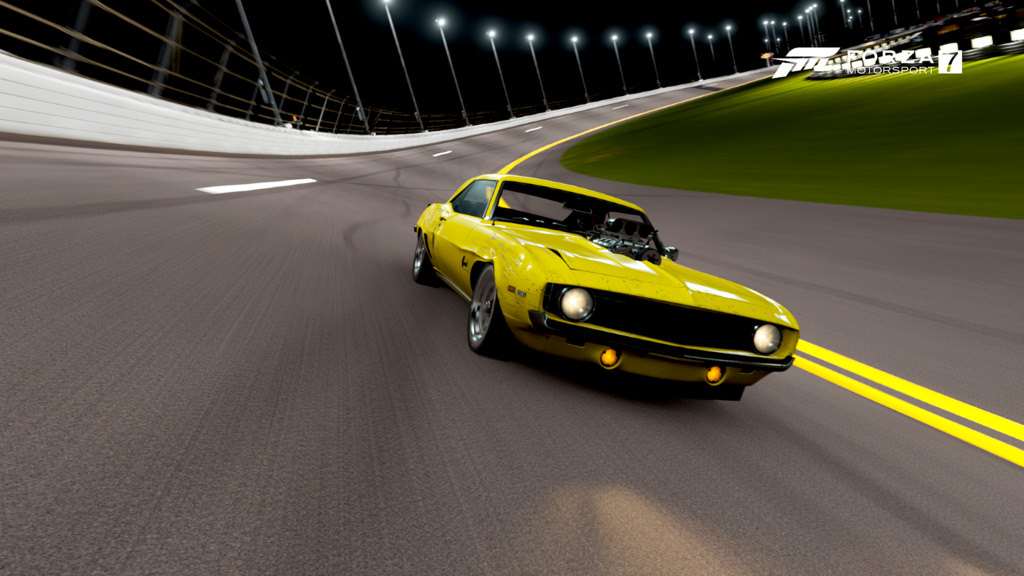 For all the motorsport fans the latest Forza is going to be a real delight. Forza Motorsport 7 keeps the traditional course of the series and continues to develop the concept of a car simulator for everyone. So a player with any skill level can start playing and get real pleasure from managing a good bunch of vehicles.

The seventh part is probably the most ambitious in the franchise. The game now includes more than 700 cars and 33 tracks. There are some fictional tracks like the new one built in Dubai where you will start the game. There are also the real tracks like Autodromo Nazionale di Monza, Nurburgring, Le Mans, Mugello Autodromo Internazionale, Suzuka Circuit, Mazda Raceway Laguna Seca, Spa-Francorchamps, the Australian Mount Panorama Circuit, and some other classic tracks.

The game career mode was significantly improved. In Forza 7, you are going to achieve points for taking part in races of certain categories and car classes, as well as in special events. In common challenges, you need to complete four to five races and get quite a good amount of points. 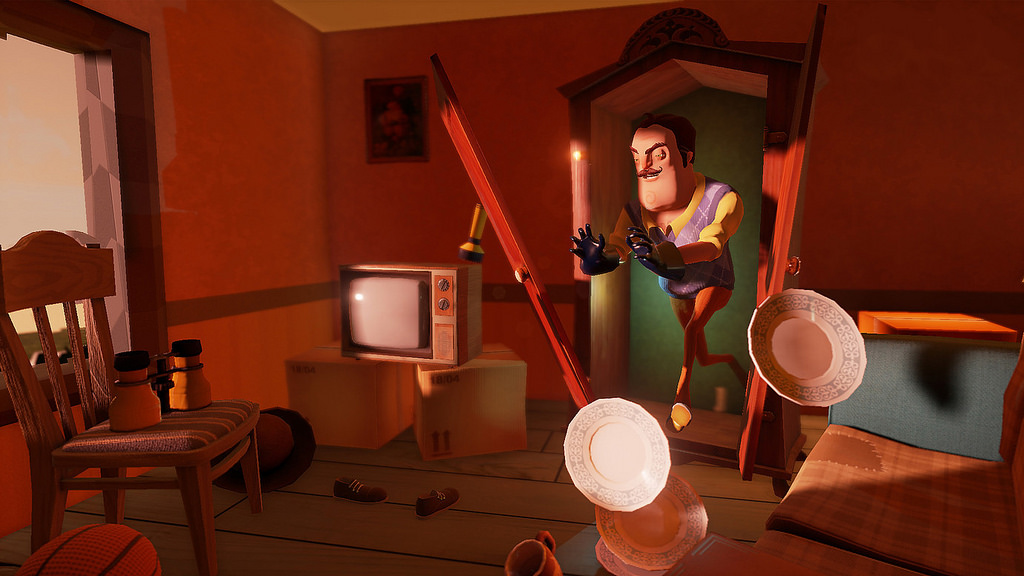 Hello Neighbor is an adventure game about your mistrustful neighbor and the player’s intention to uncover his darkest secrets. Get into his house to find out what the sinister neighbor is hiding and at the same time try to avoid him by all means. The task is not an ABC as the artificial intelligence in the face of your neighbor remembers every action and tries to resist each of them.

From the beginning, you are going to explore the neighbor's house in stealth mode and deal with different objects, distract the enemy’s attention, and solve various puzzles. The mechanics of the game remain unchanged, so soon the gameplay may seem routine to you. A neighbor dilutes this routine a little because he wanders around the territory and periodically arranges the so-called races after you. You can distract his attention with abandoned objects. You can also hide in closets or under the bed, and creepy music and a trembling screen will accompany the whole process.

Running from room to room, trying to distract the neighbor, and solving puzzles is a short description of the surreal game which you definitely need to try on your Windows PC. 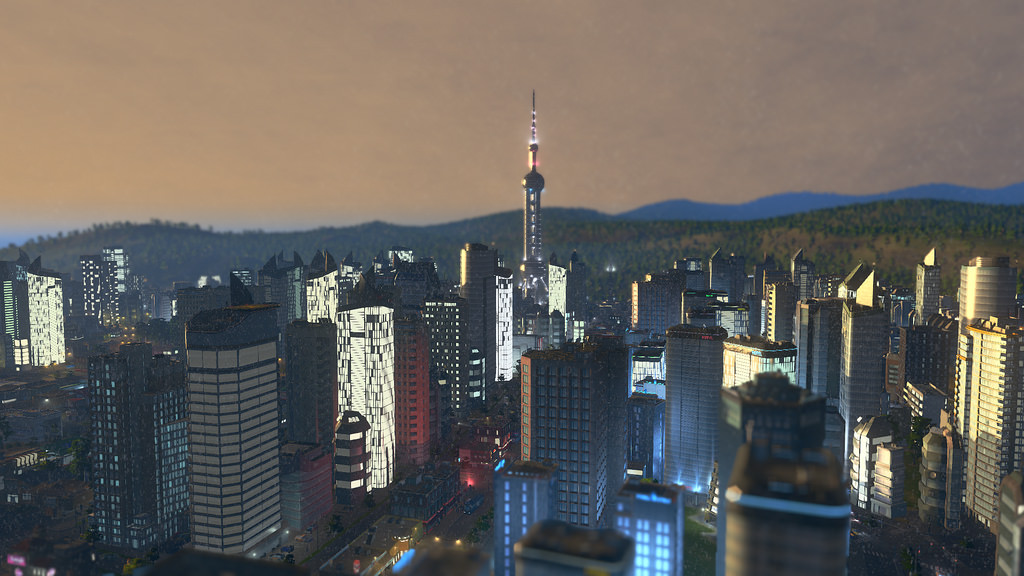 Cities: Skylines is a fresh breath in the genre of city simulator. In this game, you are engaged in planning various city zones, placing roads, taxation, as well as organizing the work of city services and public transport. In general, all these activities have to be provided by a town governor.

Cities: Skylines can be called the best game in its genre for the last decade. It’s a powerful, flexible, beautiful, and impressive in all respects simulator. Building cities here becomes a calm and meditative activity, not a challenging and tense task. Build roads with convenient tools, mark out zones for residential, commercial or industrial construction, conduct communications to them, collect taxes from emerging residents, and then repeat this cycle using new opportunities that open as the city grows.

Starting on a deceptively small map, you will soon get the opportunity to grow your city up to 36 square kilometers. Crisis management is only necessary in the case of human error because there are no earthquakes, tornadoes, floods, nuclear catastrophes, a zombie apocalypse or something like this. Sorry. 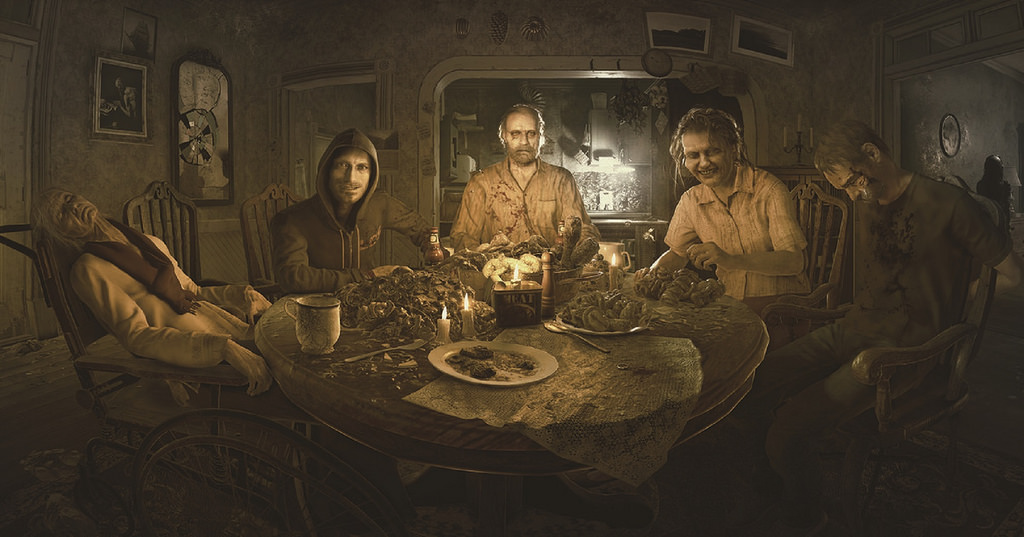 Resident Evil 7: Biohazard, the continuation of the famous franchise, received a new engine, characters, new perspective, and gameplay mechanics. Nevertheless, the game has become another return to basics. The spirit of the horror series is reborn again, which means that fans will have an exciting game to play.

In the plot of Resident Evil 7, the protagonist Ethan Winters receives a message from his wife, who disappeared three years ago. Naturally, he rushes to find her - in the swamps of Louisiana where his mission is to explore the abandoned mansion. But the mansion is not abandoned at all, there he gets an invitation to become a part of the Baker family. This is where the horror begins.

Bakers do not have good intentions at all. So Ethan needs to run around the mansion, collect essential items, and solve different puzzles to get out of this trap. Jack and Molded are the scary characters Ethan needs to deal with. The game is gaining momentum over time so that the level of fear enhances.

Want to tickle your nerves? Play Resident Evil 7 to reach to the top of scary and breathtaking experience.

Warm up and faster get to the business! Choose the game to get the best leisure time this winter. Know any other titles which warm up gamers even more? Join the discussion and share the hottest titles in the comments.