Garry’s Mod is not your average video game. It’s officially labeled as a physics sandbox. However, if you read multiple Garry’s Mod Steam reviews (or if you just try playing the game), you will realize that it’s a lot more than that. It’s a physics toy and a sandbox style tool that features elements of various game genres, such as survival, building, role playing, first person shooter, hide and seek, racing and much more. Opting for Garry’s Mod download is natural if you like all these types of video games.

There are so many things you can do while playing Garry’s Mod: create cities, wage wars, build a space rocket or create something that doesn’t even have a name yet... Once you try Garry’s Mod, other video games may seem too small and limited. With millions of maps and tons of gamemodes, chances are high that when you get Garry’s Mod play it for some time and embrace the freedom it grants you, you will get therapeutically addicted to this marvelous game within a game. With Garry’s Mod, the sky is always the limit.

Now, in this post, we will guide you through the main DarkRP objectives and major gameplay mechanics. DarkRP is a fun roleplay game in Garry’s Mod. Your main goal within the mode is finding a job. When you find it, you’ll receive a salary which depends on the type of job you get. If you’re aiming at the highest possible salary, Mayor usually is entitled to it. Some rules, jobs and details of the DarkRP mode may vary based on the server you choose. Our guide is focused on giving you the general idea and basic mechanics of this particular mode.

DarkRP is one of the most frequently enjoyed modes of the game. The mode doesn’t have a particular mission or objective. In plain language, it mirrors our regular everyday life. You’re given the possibility to play a wide array of characters with different occupations or ‘hobbies’ (police officer, cook, car dealer, mayor, hacker, drug dealer, thief etc.) and comply with the rules which can alter depending on the particular server you join.

To start playing DarkRP, you first need to connect to a DarkRP server. There’s a wide array of options here. To quickly pinpoint a solid server, just study the ping, the quantity of people currently enjoying the gameplay and the number of bars the server has. Does the server have an extremely low ping? Does it include many players? Does it feature a full bar? If the answer to all these questions is Yes, then feel free to join it. Upon finding the server you fancy, select the Join Server option at the bottom. 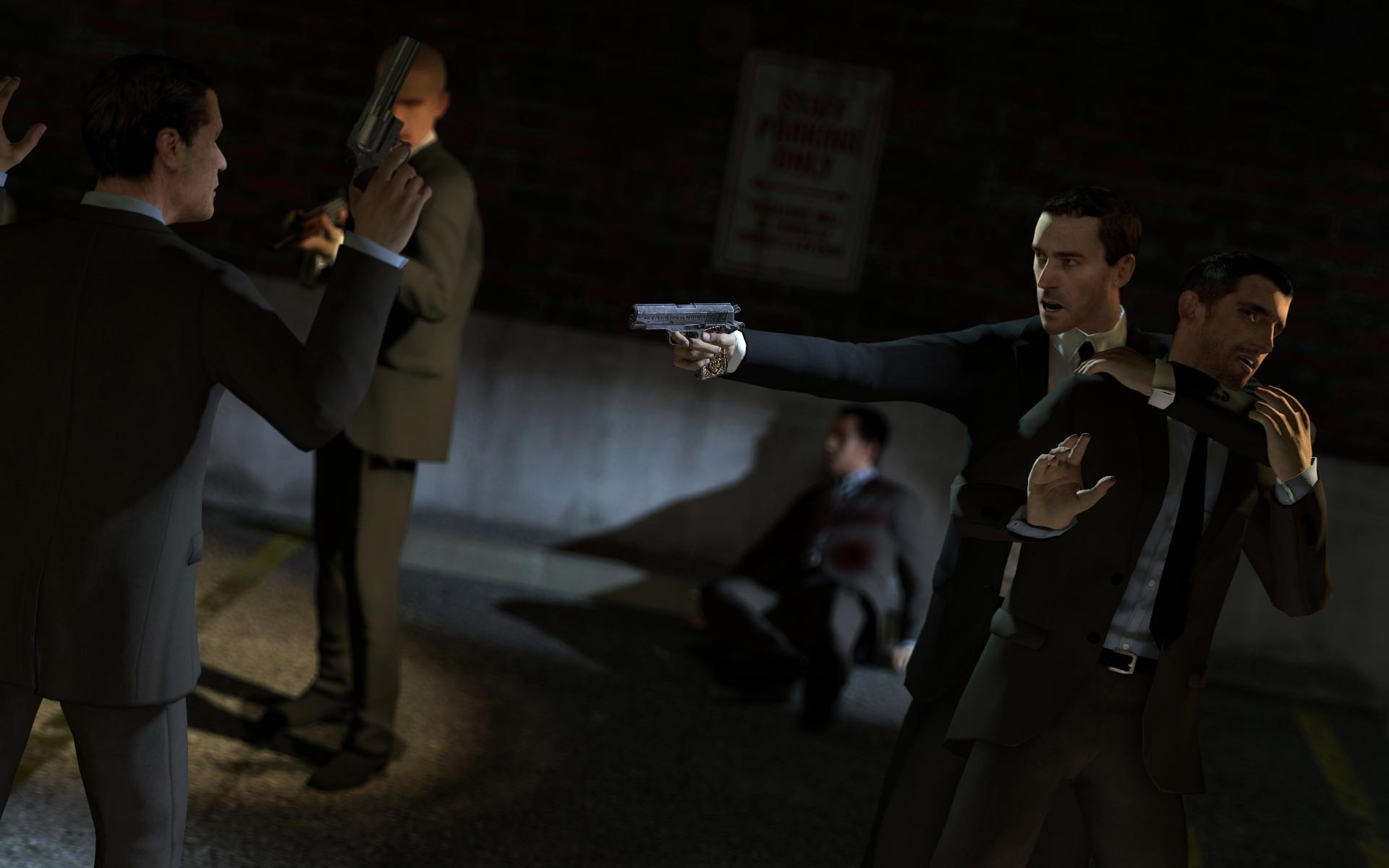 Joining a server may take some time. That’s because the DarkRP mode features tons of add-ons to improve and diversify your exciting roleplaying journey. To speed up the process, you can download the server’s add-on pack. It’s a specific workshop item on Steam that will grant you the possibility of downloading a multitude of add-ons in one click.

One thing you cannot predict is the type of players you encounter within the server you choose. However, unpredictability is what we all love about the Garry’s Mod game, right? Once you’re connected to the server, study the rules. The rules may differ from server to server, but the no-disrespect rule is invariably the same. By the way, you can always start hunting for a new server in case you’re in need of a breath of fresh air.

Get a Job and Ignite Your DarkRP Potential

Upon finishing reading the server rules, you’re going to need to opt for a role/job other than a Citizen. In other words, if your goal is to survive the inhospitable DarkRP mode, you’re going to need to generate a steady flow of income. You will need money to purchase weapon and lots of other things needed for your survival. To opt for a job, just press F4 and head to the ‘Roles’ or ‘Jobs’ tab.

In fact, jobs represent the most attractive perk about the DarkRP mode. Fortunately, here you don’t need any official qualifications to lay your hands on the job of your current mood. The job types within the DarkRP mode can be divided into three major groups. Each group (or category) contains a certain number of jobs. Usually, each separate job comes with its own responsibilities, rules and limitations. Now, let’s dwell upon the job categories in further detail.

Job variations in this group may include a banker, a singer, a gun dealer etc. A homeless man (or a hobo) also falls into this job group. Civilian jobs are required to follow the main laws of the area they play in and are strictly prohibited from any unlawful actions. If you’re a seasoned Garry’s Mod player, you may find this job group a bit boring due to the absence of adrenaline-pumping dynamics evoked by the massive gunfire and loud explosions.

Nevertheless, if you’re a newbie, the Civilians Jobs group is perfect to opt for if you’re just planning to look around the game and embrace the immense diversity it offers. Try playing a hobo for a while. The major benefit of this ‘job’ option is that building in the streets is allowed. Furthermore, you are free to ask other players for money by either singing to them or bugging them until they pay you off. Alternatively, you can become a parkourist which is awesome as well.

You can also choose to play as a DJ for a while. DJs are free to put on their music in the game, sharing their favorite songs and overall musical taste with other players. This job is perfect for music lovers. You can even receive song orders from other players and take cash for completing them. So if you’re not a regular Garry’s Mod aficionado, we recommend starting with the Civilian Jobs category.

The Government/Law Enforcement Jobs Group: Worth the Try 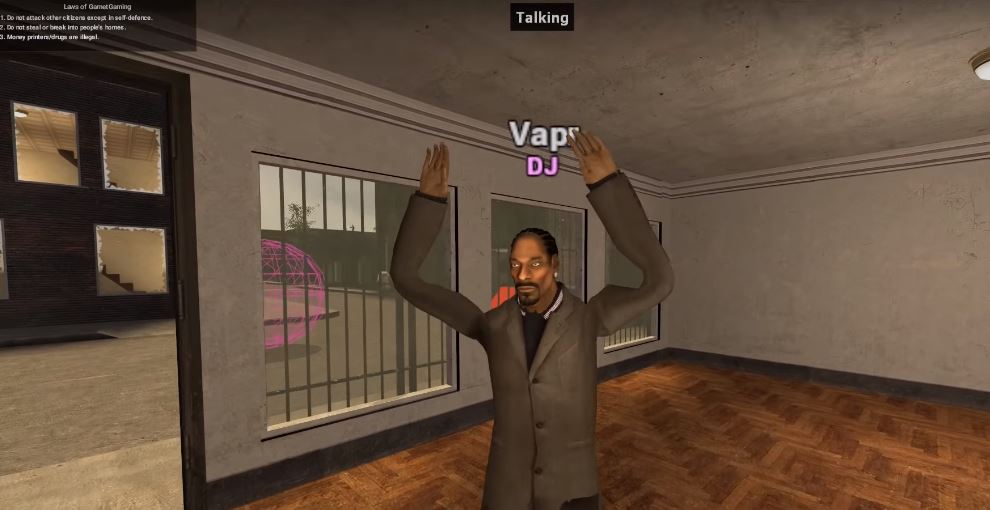 By choosing a job within this category, you’re opting for the law-enforcement and Mayor protection responsibilities. They include such job options as the Mayor, S.W.A.T team member, Secret Service agents and various Civil Protection jobs. You can be a cop with a badge, a gun and a legal right to arrest lawbreakers throughout the game. Not the most frequently chosen job, because cops only have pistols on them which prevents them from effectively defending an attack.

Furthermore, you can play as a Police Chief who runs all Civil Protection units. You can become a S.W.A.T. team member with tons of elaborate weaponry and a lot more power than the Civil Protection guys. You can even choose to be the Mayor, the Big Boss of the community. You get to introduce any laws you want and receive the highest salary compared to all other occupations. The main danger of this role is that a lot of hitmen are usually on a mission to kill the Mayor, so gotta be cautious here. Naturally, the job options within this group are unallowed to break the community’s laws either.

A lot of players prefer this particular job group. The reason is obvious — that’s where all the heart-pumping action takes place. Here you will be able to choose among all sorts of criminal ‘jobs’ aiming to break the law as soon as possible. Money laundering, making and dealing drugs, mugging fellow-players will be among your ‘responsibilities’ if you opt for a ‘job’ within this group. Criminal jobs differ based on the type and quantity of weapon they have as well as the type of gang they stick with.

Playing as a gangster is one of your options within this job group. Gangsters are not too dangerous if they operate on their own. However, if they start forming gangs, things get a lot more hazardous. You can play as a thief or a drug dealer. The latter is pretty dangerous, since lots of gangsters will want to steal your magic ‘cookies’ and ‘candies’. What’s more, you can choose to be a hitman and set your own price for killing other people’s foes. Becoming a terrorist and abducting the Big Boss of the community is also lots of fun.

Cutting to the Chase: Set Your Imagination Free

Garry’s Mod is among the most mod-filled games on Steam. With Garry’s Mod, your imagination has literally no boundaries. Want to ride a roller coaster? You have all the tools for it! Planning to build an anti-gravity house? Go ahead. Overall, the game is a masterpiece: the visuals, the audio, the gameplay, the characters… You will love everything about it. The DarkRP mode is not a pleasure cruise. On the contrary, the place is rather dark and inhospitable. Only the bravest and/or the craziest players try to make this hostile world a better place. However, DarkRP is where all the major fun begins. Now that you’ve read this guide, you’re fully aware of what to anticipate. Have fun playing!