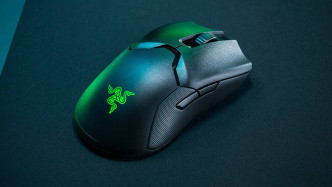 At first sight, Razer Viper Ultimate looks like a good old Razer Viper without a cord. Well, your eyes don’t deceive you! The updated version of Viper has the totally same design. But why? I think that the reason for that is the superior quality and popularity of this classic Razer shape. Many fans of the original device asked the company to cut the cord and add new features to make their favorite gaming mouse for desktop great again. Some of my colleagues at GamesMojo are amongst these fans, and I really understand them. Fortunately, Razer has heard the cry and reworked the whole thing. Meet Razer Viper Ultimate! But is it one of the best desktop and laptop mouses again? Let’s see.

Some gamers may lack macros buttons.

Creating a new headliner wireless computer mouse in the body of an older best-seller, Razer risked spoiling the attempt due to the high bar set by the forerunner. Like Apple with their faulty Macbook keyboards, Razer could make things worse by trying to outdo the industry benchmark. Despite my concerns, the company preserved the initial design without quality loss. It’s still a sleek minimalistic laptop mouse with 4 programmable buttons on both sides and a multi-color Razer Chroma logo. As you can see, the manufacturer decided to keep things familiar to please the existing user base and attract new users with a proven ergonomic design that gained so many positive reviews on Reddit and other platforms. But did the build quality remain on the same level? 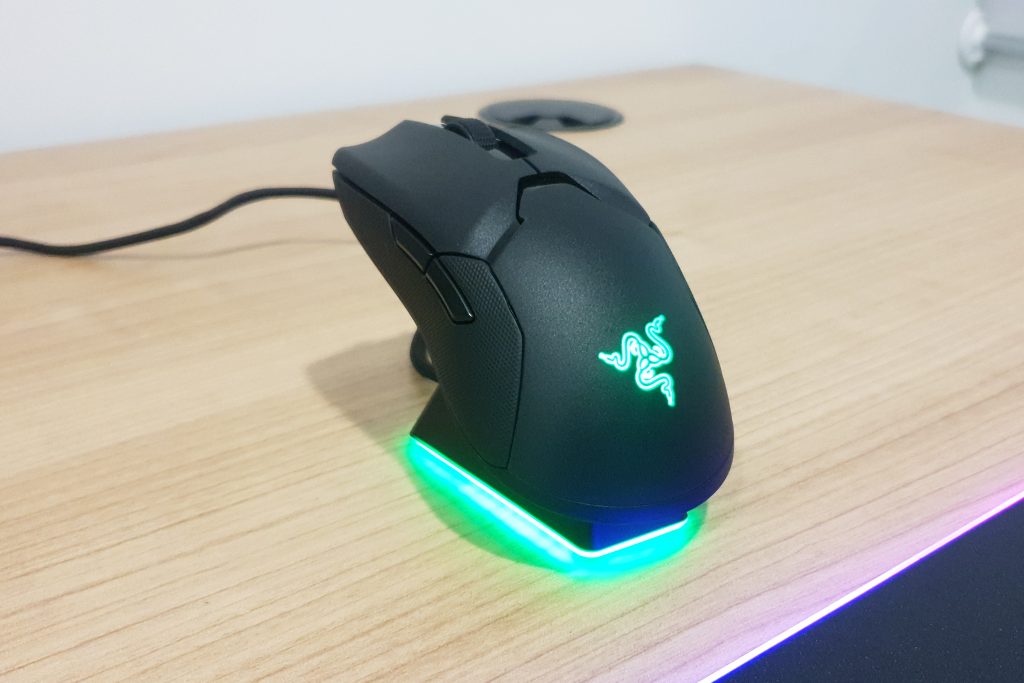 Don’t let the simplicity of this wireless laptop mouse deceive you! The selection of materials is dictated by the wish of engineers to create a lightweight gaming controller that won’t be difficult to use during long online matches that require so much movement. Compared to business-oriented mice models that I’ve tested in 2019 and 2020, this one is much easier to move without effort. For example, playing CS: GO with Logitech MX Master 2S laptop wireless mouse during a break at work, my wrist got notably tensed after 30 minutes of intense play. With Razer Viper Ultimate, I can keep the top speed of reaction several times longer as it weighs 74g, which is just 5g more than the classic version with the cord. Somehow, they managed to push more electronics inside the same body without notable weight changes. It means that the materials have become even lighter, but the durability and tactile characteristics remained the same.

Comfort Of Use: Comfort Play for Everyone

The first positive difference between Viper Ultimate by Razer and other notebook computer mouse is the ambidextrous form factor. Due to the totally symmetric design, with mirrored side buttons, the device is perfect for both right and left-handed gamers. Just put the mouse on the needed side and go! The upper surface and main buttons are made of matt plastic that won’t get stained and gather mess. While the surface is very smooth, the side grips are rubberized to ensure a firm grip. It feels like you stick the mouse to your palm while playing, which is excellent quality for those who like shooters and other fast-paced games. The functional side buttons don’t bulge out of the frame, and they’re separated from one another with a ridge that you can feel with your thumb to avoid misclicks.

Features: More Than I Expected

So what are the differences between the original Viper and the Viper Ultimate Bluetooth mouse for a laptop? They’re hidden within! First of all, the Ultimate version is wireless and lets you play for up to 70 hours, which is equal to 10 hours of daily gameplay. Can you handle that much? I rarely do. The built-in memory lets you record up to 5 configuration profiles of macros and secondary functions. The main buttons include Razer’s high-end Optical Mouse Switch that utilizes an infrared beam to register clicks. As a result, the response time is reduced to 0.2 milliseconds, and the probability of misclicks is reduced completely. In addition, the optical sensor provides 20 000 DPI sensitivity, which is 4-5 times higher than non-gaming mice offer. 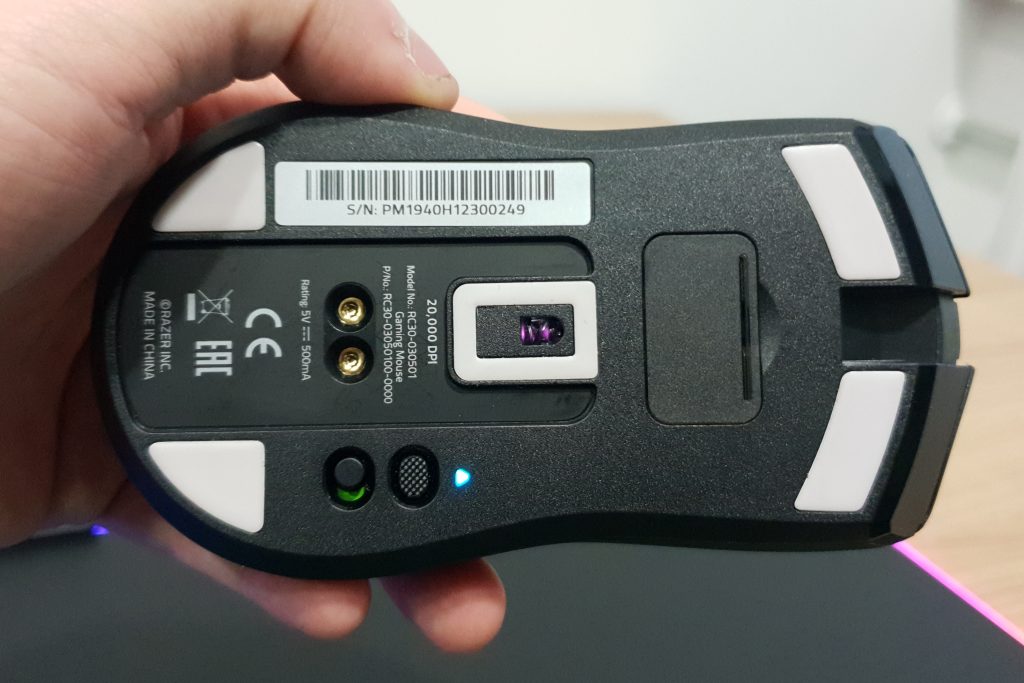 As an RPG fan, I’m not quite satisfied with the number of configurable buttons. I know that I can use all 4 of them, but it’s not very comfortable to reach the second pair. That’s why I’d not call it the best laptop mouse for players who like to have plenty of extra mouse buttons. On the other hand, you can record up to 5 different profiles for each of 8 buttons, including the main ones. This option is convenient for changing the setups when you switch between games and game modes within one game, but not too good for changing controls when the battle rages on. This design is good enough for most games unless you really need a bigger number of active macros buttons for online RPGs. This wireless mouse for laptop and desktop is a golden mean for both gaming pros and enthusiasts anyway.

For Masters and Enthusiasts

Razer Viper Ultimate is a next-gen gaming mouse for laptop and desktop computers that combines simplicity and versatility in a minimalistic body. Every click you make using this controller is registered with a laser beam that makes your speed of reaction even faster. Multiply that by 20 000 DPI, and you’ll get a powerful gaming proportion. It’s also one of the lightest wireless mouse models that you can find so far. The advanced gaming Bluetooth module transmits signals 25% faster than average wireless mice, so you’re won’t feel any difference between the response speed of the original Viper and the newer one. I recommend this device to both gaming pros who perform in stage competitions and to all other gamers who need a reliable gaming controller for long gaming sessions. It’s a perfect match for those who play FPS, Battle Royale, mid-core RPGs, and other games that don’t require sophisticated programmable buttons.

Your comment is awaiting moderation. We save your draft here