ARK Survival Evolved into ARK: Genesis, and the Season 1 Has Arrived – gamesmojo.com
0%

ARK Survival Evolved into ARK: Genesis, and the Season 1 Has Arrived

ARK: Genesis is one of the most successful survival sagas, and one of the keys to its success is constant updates. Well, there was no talking of seasons in it until recently, but now the publisher, Studio Wildcard, has got it started. Following other genres, it rolled out the next chapter of ARK: SE. Now it’s ARK: Genesis, part 1 (assuming there will be at least Part 2). It’s even more impressive than any ARK: Survival Evolved mods you have ever seen.

The greatest change in the new game is the new gameplay based on missions. The core idea is still the same, and it’s survival in a hostile environment, either individual or group. But ARK: Genesis goes further in that, creating new worlds with new dangers to resist and new creative potential to explore. This time you will see even more exotic creatures than in the original ARK, create new items and weapons, and see new horizons!

Though the original ARK: Survival offered both single and cooperative experience, ARK: Genesis is an online game. The group comes to with some strange robotic companion named HLN-A, and it seems suspiciously aware of what awaits ahead. Is this just a simulation, or is the experience real? No matter what, you will have to craft tools, create weapons, kill or tame animals, explore plants, build houses, and modernize this wild world. Not that the survivors are supposed to fight each other – on the contrary, you better collaborate. But still, some won’t make it if they aren’t tough enough.

Though the core version of ARK: Survival Evolved is available on mobiles as well, the update has only been released for “bigger” platforms – that is, PlayStation 4, Xbox One, and Windows 10. The expansion pack is included into ARK: Genesis Season Pass for $34.99, and it’s just the beginning. There will be one more pack that is scheduled for release probably in December 2020.

The core game is now discounted. You can purchase it for just $9.99 (instead of the regular $49.99), but this feast of generosity will not last long. The mobile version is free, but it won’t get this update, so it’s a completely different game. 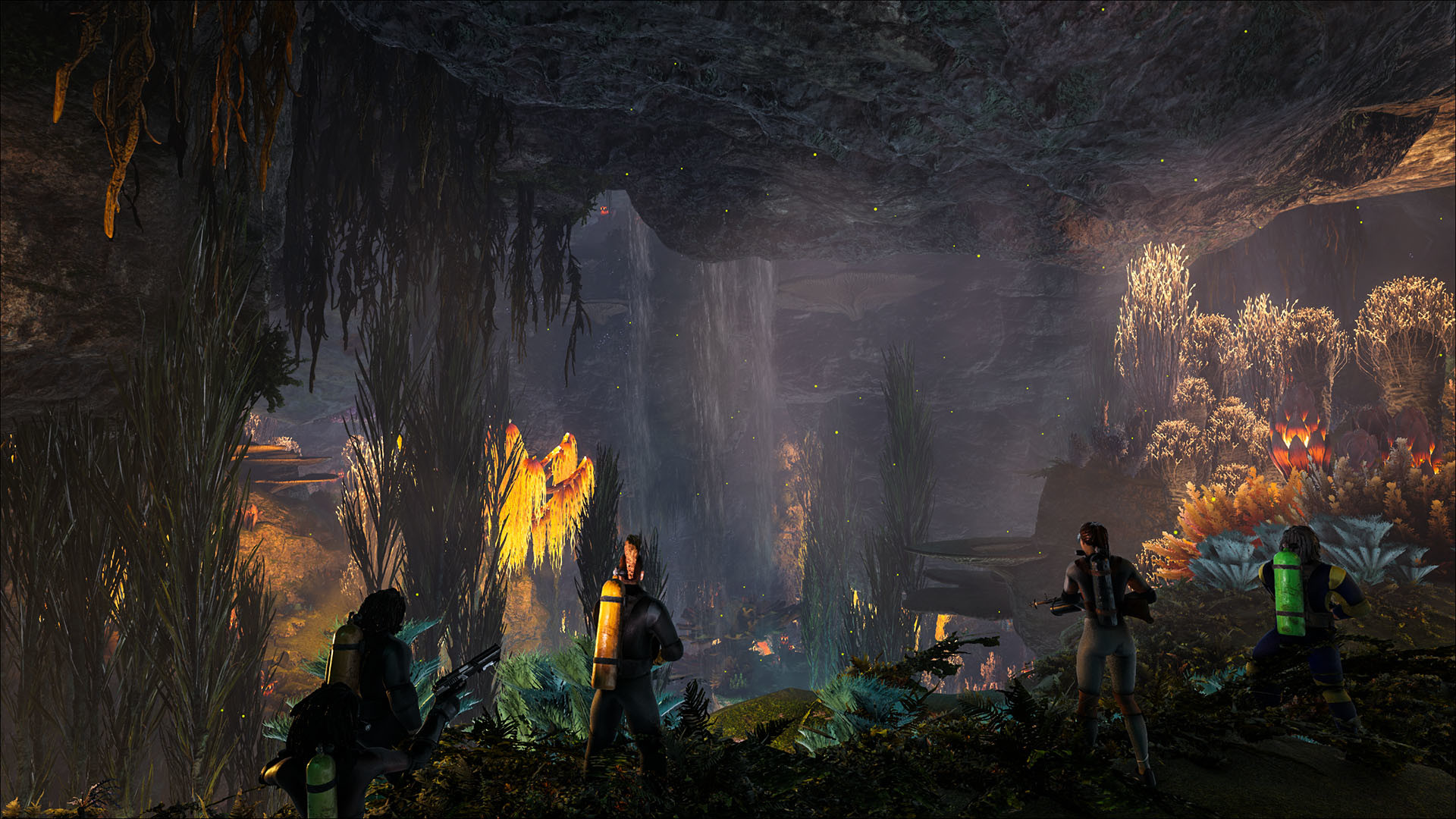 While originally your character had no name but that you’d given, and no story but that you write, this time there is a backstory to the wild adventure you’re in. The world with all that strange flora and fauna, prehistoric creatures and sudden combination of humans and dinosaurs, has now its explanation.

Let us introduce Dr. Helena Walker, a biologist and IT specialist. It’s her knowledge and her voice that accompany you, embodied in the HLN-A, a hovering voice that could have been a GLaDOS type, should the game be less individual. But it’s not here to perplex you or make fun. With HLN-A, you will receive your tasks and missions, get practical hints and basic information on the creatures you meet and the place you visit. If it’s not enough, you can inquire in ARK: Survival Evolved wiki for more.

Missions will be quite different from the basic collect-and-craft gameplay. For example, you may need to accompany baby animals to their parents, ensuring they make it. Combats may include fighting waves and hordes of minor predators or putting down heavyweight beasts. There will even be some sports, like Dodo Basketball or Dino Races! This world was definitely made to entertain. 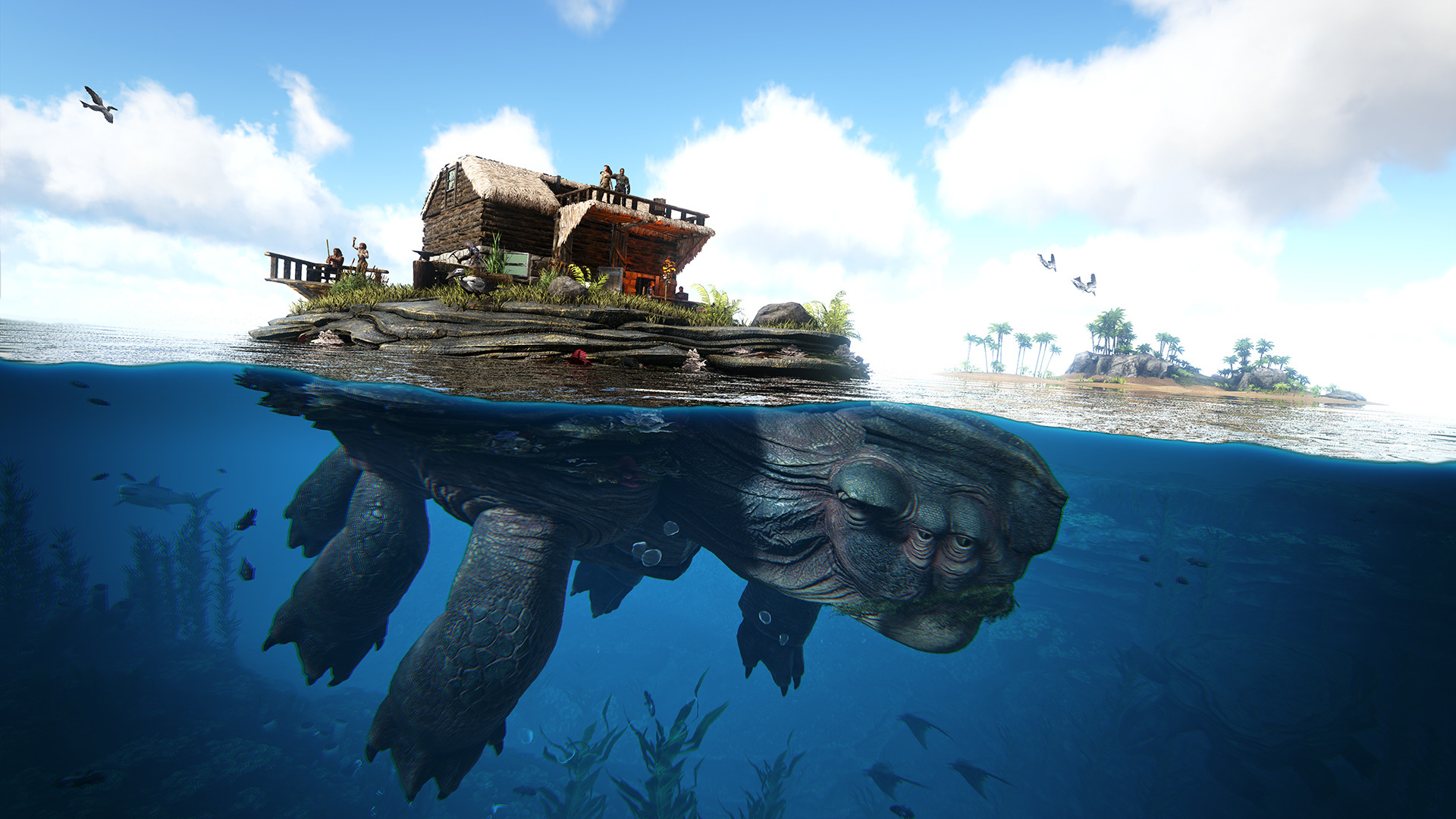 The biomes of the original ARK are now even enhanced. Not are they now only home for hostile creatures: the world itself is an enemy now! Try your ability to survive in bogs that suck you in, underwater trenches that don’t let go that easily, mountains so attractive and high, depths so deadly and explorable... Nature is a killing beauty, and you need to watch your back when you’re here to look into its eyes. But oh, these sights are worth a try.

Many of these places haven’t been available on the original ARK: Survival Evolved map. It’s evolving too, just like maps of popular Battle Royale games or other multiplayer projects. 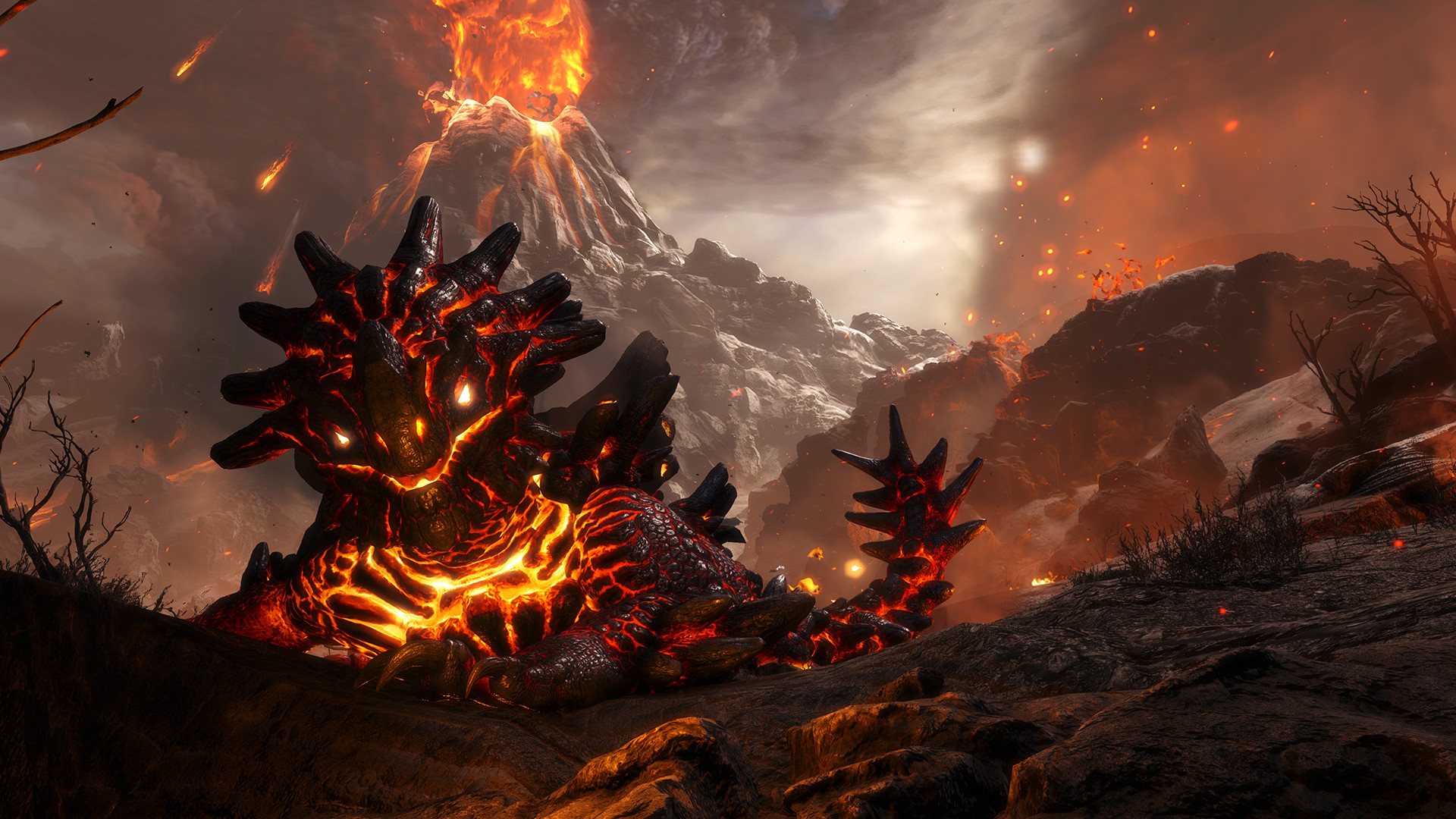 The biomes you enter offer the strangest chance to meet creatures from different ages, millions of years away from each other. But there is even more than that. Even dinosaurs extinct for ages look quite realistic, given that there are mythic island-sized turtles, furry critters, space whales flying like zeppelins, and even Magmasaurs that spit fireballs and dwell where volcanoes spill lava! It seems that the universe has gone mad here – or the simulation is visualizing madness. Whatever. You are here to handle it.

Built to Last… At Least for a Night

Hardly can one succeed in such an environment without transforming it by building. You’ll need a place to dwell, no matter if you’re an indoor crafter, a fortification maker, or a hunter out for all day. You will need something to build, with all the tools and materials necessary for that. They are all collectable and makeable, and the game offers you ways to rebuild the place just your way.

Technology available to you gets very advanced. From bare hands and a stone pick, you evolve to alarm systems, ocean platforms, electricity, machine gun turrets, elevators, refrigerators, or buggies. The world is now your oyster, with all the roads open. And the next update will be released just when you get familiar with all the current one brings!

If your favorite thing about this project is trying this or that ARK: Survival cheat, we are sorry to disappoint you a bit. Probably this game will not accept cheats (or even ban cheaters) due to regulations on its server side. Still, ARK: Genesis P1 is a great way to spend your time while the coronavirus is making the environment dangerous out there. It’s not worth wasting because of cheat addiction.

It’s not clear whether the game will be as functional in a single player mode. Chances are, though, there will some changes that don’t require a connection. And probably you will be able to play ARK: Genesis even if you suddenly get offline.