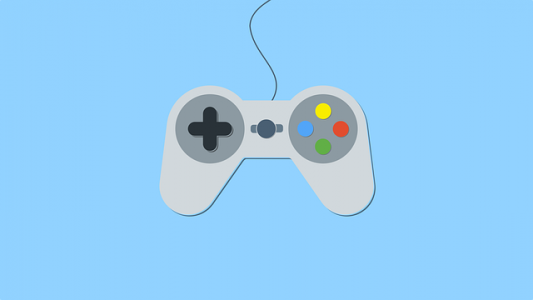 Having long weekends with your kid, girlfriend, grandmother or whoever else? Kill some time with the best 2 player games for PS4.

If you have a few people hanging around you and a PS4 hooked to a bulky TV that’s a JACKPOT! You're the lucky one because there is such a great variety of exciting split-screen multiplayer games that you can try. So in case, you’re tired of single player campaigns, online multiplayer games or just looking for some new experience I’ve got you covered! Here is the list of top PS4 games for two players. Enjoy.

I’d love to start this list with an excellent game, and Injustice 2 seems to be the right one. It’s just as perfect as it is. Developers often try to add to the game as much as possible and think that the more they make it super filled the more serious it will look. But it is not about Injustice 2. This game does not try to give you more than what it's designed for; its whole point is to entertain you.

Injustice 2 has absolutely everything in an excellent balance, and this is why it’s so much fun to play.

I’m pretty sure you will fall in love with the game’s high-quality graphics, smooth animation, Batman, Deadshot, Green Arrow and other fantastic, beloved DC characters. Moreover, the developer NetherRealm has done an amazing job of recreating that DC atmosphere so that you will enjoy beautiful streets of Gotham or Metropolis while smashing your way to the desired victory.

Lego Batman 3 is the most recent Lego Batman game that is enjoyable for both kids and adults. Here you will meet Batman and his friends again, but this time in the more cartoonish style. You will experience same cruel fights with enemies, intricate puzzles, and plenty of other Batman stuff in a cool Lego world. The most important and not less attractive thing about all the Lego games is that they are filled with a lot of exciting content that is always fun to discover. So purchasing one of such Lego games is never a money wasting because you get a highly enjoyable playing time and lots of positive emotions. Check it out.

Rocket League is a highly interactive third-person multiplayer that is focused on sports vehicles. In this game, you need to rocket your car into a huge toy-ball, get it to your enemy’s goal and earn the scores this way. But watch out and don’t let your enemy do the same thing in your part of the battlefield.

You might get surprised, but in Rocket League you will face the Batman series again. No, Batman doesn’t follow you though. This time you meet the Batmobile as well as a few of other exciting cars like the DeLorean from Back to the Future for example. The game gets frequent updates, so you will always have something to choose from. You can also customize own car changing colors, paint schemes, types, pick a new wheel, top and many other details.

Rocket League is a perfect game for those who like to play quickly because it has extremely short sessions and pauses only when a team scores and the ball gets to the mid-field. This game also has a beautiful art style with bright colors and high-quality visuals that excite players even more about it.

Who doesn’t know Mortal Kombat? Likely, no one. This highly popular game was created at first in 1992 and since that it got so many fans all over the world. Besides the regular multiplayer mode, Mortal Kombat X features the online and team mode where you can fight against your friends or random strangers in ranked and unranked matches. Moreover, each character in this game has three different playing styles that vary from each other by the character’s abilities and combat tactics. Also, the game has interactive environments that let you use all the surrounding things in your fights which make combat look like the real movie scenes with bloody fatalities and brutalities. So if you don’t try this game at least once, you’ll lose a lot.

Star Wars: Battlefront is a legendary multiplayer shooter in the Star Wars universe. In this game, you will meet such famous characters like Han Solo and Darth Vader and battle in the well-known locations like Hoth, Jakku, Endor and Tatooine. Star Wars: Battlefront doesn’t have a single-player campaign so you can play missions only cooperating with somebody.

The Battlefront’s gameplay saves the original style of the series and has beautiful sky-fi graphics, clear animation, detailed characters and lots of fast-paced actions which are created for the fate of the galaxy. There is also excellent news for all the Star Wars fans: EA has officially announced the Star Wars Battlefront II release date, so now everyone is waiting for November 17 and the prominent fourth part of the legendary game.

Ride is a motorcycle racing game that combines in itself a perfect balance of simulation and arcade game. You will like this game for its challenging missions and compelling rewards that will excite you to play this game even more and improve your riding skills by reaching higher and higher levels. Ride gives you pretty straightforward and easy to maneuver bikes at the beginning. But as you progress through the game you get newer, more powerful ones that are obviously harder to control.

It’s also worth to admit that Ride has more than 100 bikes from the most well-known manufacturers to offer you. There is also a significant amount of racing tracks to choose from with varying levels of difficulty. So you will have a lot to explore while having fun riding a bike.

This game is truly the icing on the cake. Whether you’re playing with a 5 y.o. kid or with a 75 y.o. grandma this game will excite everyone. Overcooked is a cooperative party game that transfers you into the tense restaurant atmosphere where you will try to handle all the situations and keep everything under control.

There are up to four chefs that complete different tasks but have the same goal - to prepare great meals by performing simple tasks. So someone might chop vegetables while another fries steak and someone else washes dishes. It might sound simple but keep in mind that you have a strict time limit and an enormous amount of people who need to be served. So if you think that you’re a quite patient person, try to play Overcooked, and you will likely catch yourself screaming something like "What da hell you’re doing? I have you on chopping onions” or whatever.

Hope, you did. There are more of the great PS4 games for two players that I will gladly review somehow later. But if you have some of your favorites, let me know in the comments, and they will get to the next top best games.