Everything You Need to Know about Game Awards 2019 - gamesmojo.com
0%

Everything You Need to Know about Game Awards 2019 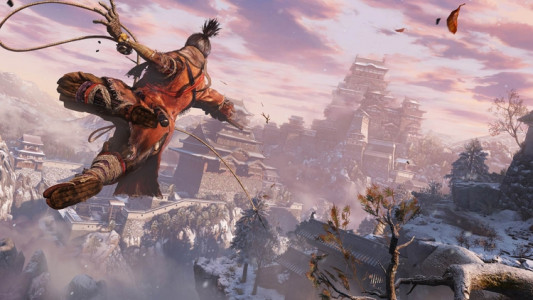 The main gaming event of the year, The Game Awards 2019 has surprised not only the experienced gamers but also those who are far from the world of computer games. Missed the ceremony? We've got you covered! Keep on reading the article to learn more about the Game Awards winners and announcements!

How It All Started

The organizers did their best to put on a vivid show. The event was broadcasted around the world on more than 45 video streaming services. This year, the ceremony was also shown in India for the first time.

The atmosphere was created by a live orchestra and performances by game industry personalities. There were also musical performances by Green Day, Chvrches, Grimes, as well as The Game Awards Orchestra.

And The Winner Is… 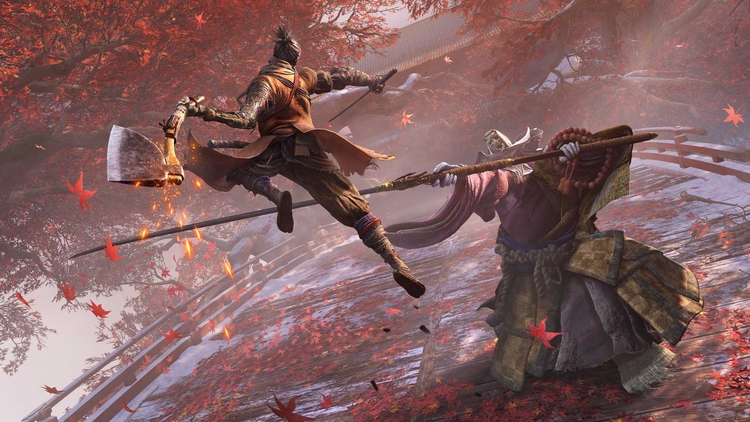 Let's start with the most important nomination. The best game of the year is Sekiro: Shadows Die Twice. The game has also received an award in the nomination "Best Adventure Action Game."

The best action, according to the international jury of the 80 most respected gaming editions and 17 e-sports editions, was presented by Devil May Cry 5. The leader in the number of statuettes is the role-playing game Disco Elysium. It took awards in four categories at once: "Best RPG," "Best indie developer debut," "Best Narrative," and "Best Indie Game." The Super Smash Bros. Ultimate was named as the Best Fighting Game of 2019. Other game awards winners include Fire Emblem: Three Houses, Crash Team Racing: Nitro-Fueled, the multiplayer shooter Apex Legends. The Beat Saber musical game with elements of virtual reality was also named the winner of the nomination "Best VR/AR game."

More Details on the Most Surprising Winners of Game Awards 2019

Sekiro (Game of the Year) 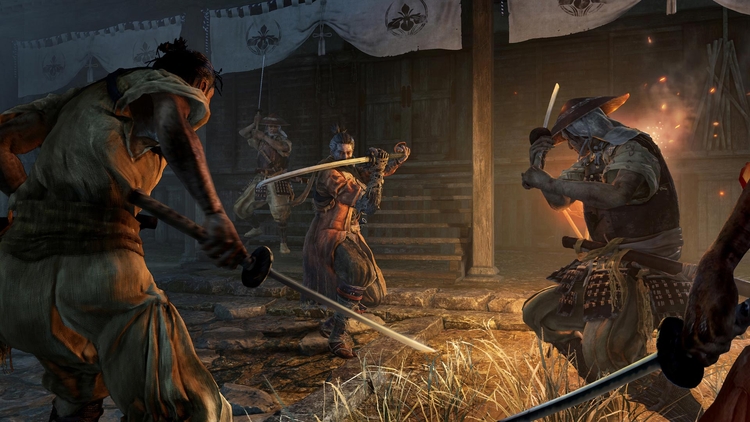 On the day of release, Sekiro conquered the fourth line of the most popular entertainment list on Steam. At the time of the release of Shadows Die Twice (end of March 2019), it was the best launch among all the new products of the year in the Valve service. In addition, Sekiro was able to boast of one of the best starts among Japanese games. Only Dark Souls III and Monster Hunter: World performed better on Steam.

In less than ten days after the release, the game sold over 2 million copies, making Sekiro the fastest-selling FromSoftware product. In addition, during the launch, Shadows Die Twice was popular on the Twitch streaming platform, users watched more than 631 million minutes of gameplay, and 1.1 billion minutes in the first week.

According to Hidetaka Miyazaki, the head of Sekiro: Shadows Die Twice production, in the working versions of the game, the "bosses" were not in the same order as in the final version. The authors swapped opponents to find the perfect balance of difficulty. The catch is that the phrases pronounced by the enemies were intended for certain stages of the plot, so FromSoftware had to make additional changes. 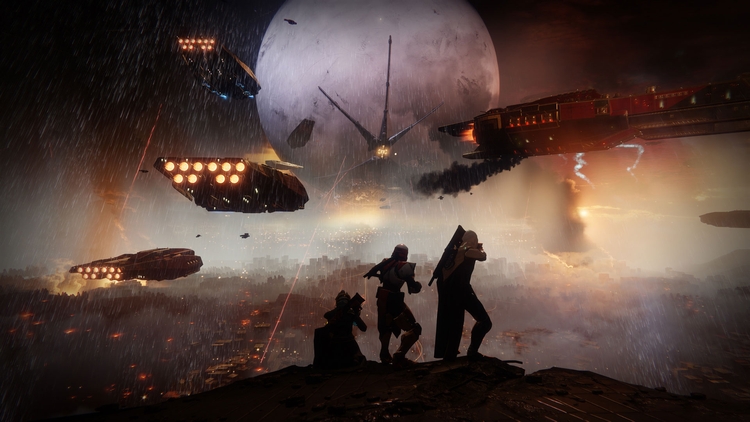 The release of the game turned out to be extremely successful. Destiny 2 sales for the first week became the largest among console competitors released in 2017. In the PlayStation Store, the shooter beat all other interactive entertainments in the history of the service by popularity on the launch day.

According to Jason Schreier, the developers from Bungie wanted to add the transfer of heroes between PC and PlayStation 4 in the game before the update. Sony didn't like the idea, the company wanted Destiny to be associated with its console, so it decided to leave the PS4 version as secured as possible.

On October 1, 2019, Destiny 2 became shareware on all platforms, and its PC version was transferred from the Battle.net store to Steam. The release on the Valve service was very successful. On the very first day, the game grabbed the top three lines in the list of the store's best-selling games. Most of the users bought the Destiny 2 edition: Shadowkeep Digital Deluxe, as well as the additions of Shadowkeep and Forsaken. In terms of attendance, the Steam version also did not disappoint. The number of online users for the first day amounted to 219 thousands. 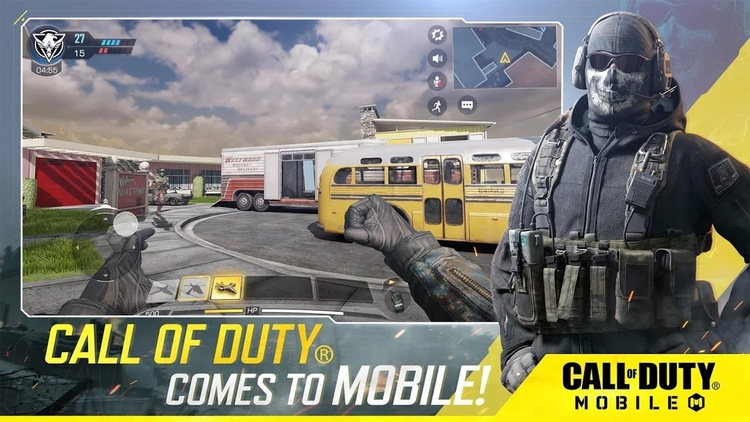 In the first three days after the release of Call of Duty: Mobile, it was downloaded over 35 million times. Activision called it the fastest start among all mobile action games for iOS and Android. According to analysts, it brought more than $2 million to its creators.

The first week after Call of Duty: Mobile release, the game has been downloaded 100 million times. This is the most successful launch on mobile platforms. For comparison, Fortnite and PUBG mobile versions in the first week were downloaded 22.5 million and 28 million times. During this period, gamers spent about $17.7 million on CoD: Mobile.

The release version of the game was supported by controllers, however, the next day after the launch, the developers of Mobile disabled support for gamepads. By demand of users, this feature was returned in a patch that was released at the end of November 2019. So that owners of gamepads do not get an unfair advantage, they introduced matchmaking of the shooter according to the control method. 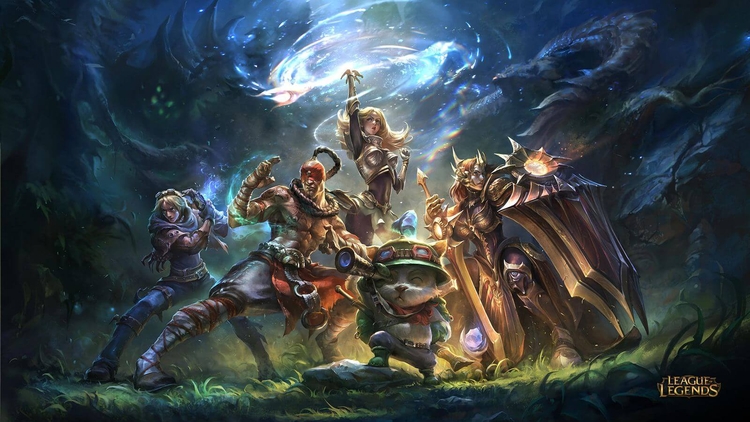 According to the beginning of 2014, 67 million people played League of Legends monthly. This is about one and a half times more than the population of Liechtenstein. The LoL Season 3 World Cup Final was watched by a record 32 million viewers from around the world.

The Announcements We Are Excited About

No less intriguing part of The Game Awards 2019 was the announcements of gaming innovations. The main one is, of course, the future release of the new generation of the Microsoft game console, called the Xbox Series X. The game device will support games for the Xbox 360 and Xbox One and will be available in December 2020. Microsoft has pleased the auditorium not only with the new console but also with the first game for the upcoming gamepad. This is a sequel to the Ninja Theory Hellblade called Senua's Saga: Hellblade II. According to Microsoft, the new trailer was shot on the engine of the game running on the Series X console.

Now, when the results of Game Awards 2019 are published, we want to know what you think about it! Do you agree with the list of best games 2019? Share your thoughts and impressions about the Game Awards 2019 events in the comments section below!