People who are into “serious” gaming may not even suspect that there are quite many games dedicated to fashion and dressing up, especially on mobile platforms. Titles like Gacha Life or the much-anticipated Gacha Life 2 (widely referred to as Gacha Club) appeal to casual gamers as well as younger audiences, both of which constitute a considerable amount of smartphone users and are a force to be reckoned with. Whether you’re anxiously awaiting the release of Gacha Club or new to the whole anime Gacha thing, we’re sure the information below will get you (even more) pumped up for the upcoming game!

What Is Gacha Life All About?

Those who haven’t played Gacha Life yet will benefit from reading this section, as it helps understand the changes and improvements implemented in Gacha Club. Gacha Life was released less than 2 years ago, in October 2018 and has already amassed more than 10 million downloads on Android devices alone. A game this successful could probably do without a follow-up for another year or two, but the developers and artists behind Gacha Life decided to release an all-new game when the number of patches and new features for Gacha Life started to get unmanageable. 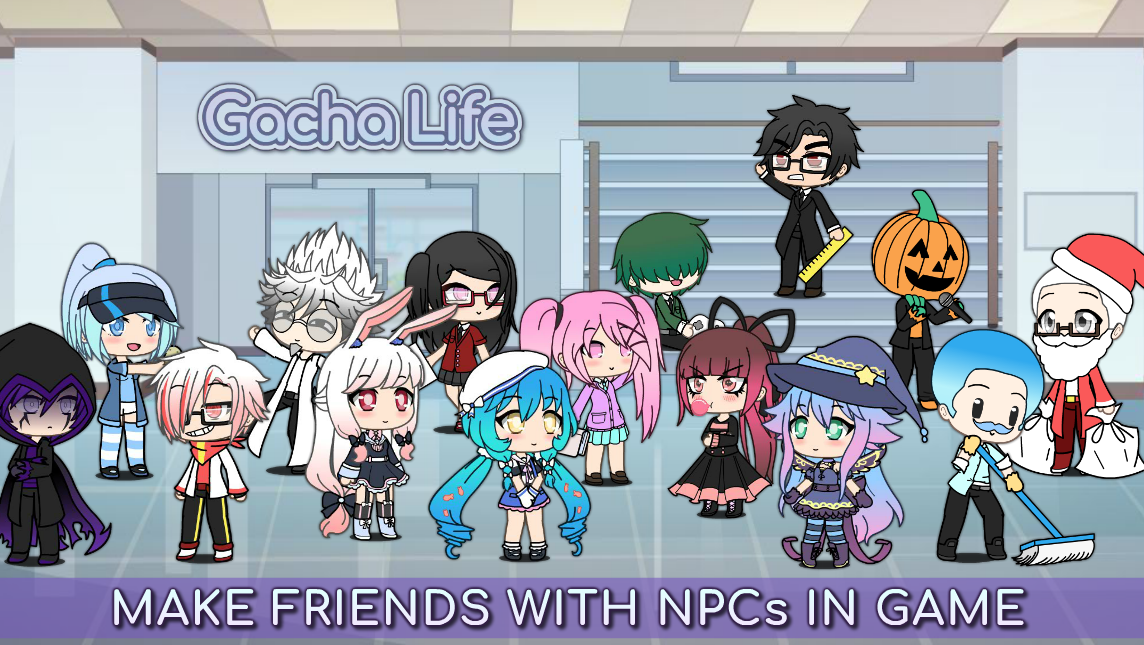 You can create up to 20 unique characters in Gacha Life and customize them almost beyond the limits of what we consider possible based on other similar games. Dozens of different outfits, hairstyles, accessories, and even weapons are available for your characters from the in-game store. What’s more, you can interact with over 100 NPSs (non-playable characters), give them gifts and get cool items from them in return. If you ever run out of Gacha Life characters ideas, you can switch things up a little and create unique scenes with up to 8 characters and various props bought from the store or received from NPCs. All your creations can be shared with your in-game friends.

Gacha Life may already seem quite appealing based on the previous paragraphs, but wait until you find out more about Gacha Club. The most notable new feature in Gacha Club is the addition of pets. Now your characters can make furry friends and have them star in your creative scenes — the only limit is your imagination! What’s more, your characters can also mount horses, motorbikes, and even cars for the most epic scenes imaginable.

One of the most common complaints about Gacha Life was the limited number of character slots. With only 20 of them to fill, some people quickly found themselves out of options when it came to bringing their character ideas to (Gacha) life. The new Gacha Club game may not have unlimited character slots, but it does offer the option of “storing” up to 50 custom characters at a time, which is an impressive 150% increase over Gacha Life. In addition, you can now place 10 characters in a scene, allowing even more creative freedom.

New customization features include wearing different gloves, socks, or shoes on each hand or foot for the most fashion-conscious players. This feature has been demanded by the Gacha Life player base for at least a year now, following the new trend of mismatched pairs of shoes and/or socks, such as the Vans Era Mismatched sneakers. You can also expect numerous new hat designs making it to Gacha Club, as well as the custom hand gesture feature for those who can’t fine-tune their characters enough.

Finally, the last major new feature in Gacha Club is Gacha Battles, a new game mode where your characters can battle those of other players to win cool accessories and rewards. Gacha Battles are also going to increase your character level, a new in-game metric that could be used to unlock new items, such as props or accessories. The character level could also have an impact on your performance in the new mini-games, but those details haven’t been revealed by the developers yet. We do expect to see some new mini-games in Gacha Club though, given the popularity of the ones available in Gacha Life.

When Is Gacha Club Coming Out?

Since there is no official release date for the game yet, it seems like fans of the Gacha universe will have to wait a little bit for Gacha Club to hit Google Play Store. However, the developers have been getting more and more vocal about the upcoming game, which is a sure indication of an upcoming release. So far, it seems like the most likely release window for Gacha Club is early 2020. If you just can’t wait to play the new Gacha Club, you can keep yourself entertained with the currently available Gacha Club (a different game that is supposed to be merged with the new Gacha Club aka Gacha Life 2) or try out another game from Lunime, such as Gacha Resort or Jet Ace.