What You Need to Know About Half-Life: Alyx - gamesmojo.com
0%

What You Need to Know About Half-Life: Alyx 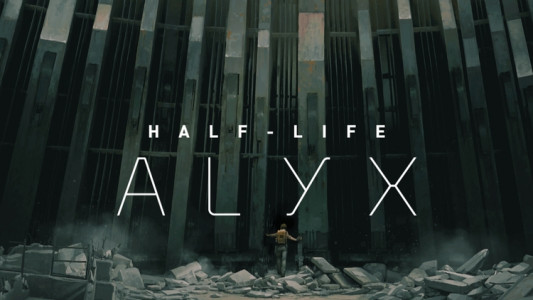 We have been forgetting Valve as the creator of Half-Life, knowing it mostly as the runner of Steam. Of course, Steam is a big thing of the XXI century, a game-changer (pun unintended). But in 2020, Valve plans to release a new Half-Life game, the first in 12 years. And, for all we know, Half-Life: Alyx will be rather revolutionary than nostalgic.

What Is Half-Life: Alyx? 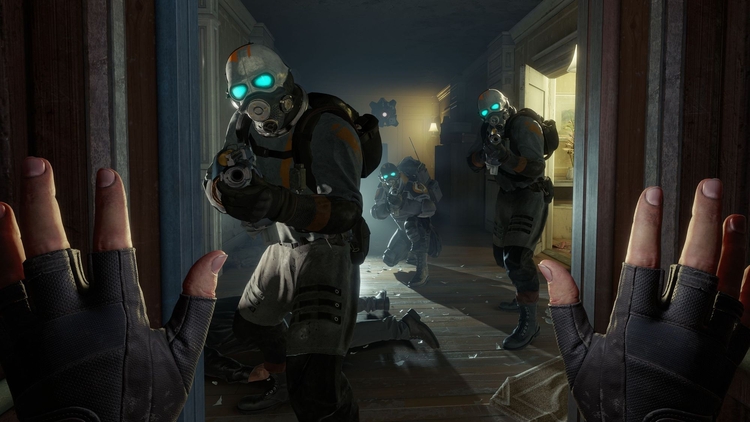 On November 19, 2019, Valve officially confirmed the new Half-Life title is about to be released. The new installment is the first in Half-Life universe since the 2007 hit Half-Life 2 Episode Two. This time it’s a midquel, set between the first and the second parts. Its heroine is Alyx Vance, one of the most remembered NPCs from HL2. Together with her father Dr. Eli Vance, she fights the aliens occupying the Earth (you know what it will lead to).

Despite the game is developed 12 years after the previous one, it will utilize the same engine Source, though modified. It took a lot of modification, as the game is…

Unlike most VR experiences of today that remind rather short rides, Half-Life: Alyx is meant as a full-length game, as rich in content as Half-Life 2. Along with visuals that fit the highest standards of 2020, it will explore the new ways of controlling the virtual reality through the default controllers of Valve Index. Of course, it will utilize the first-person perspective, so you feel like you are the protagonist.

Valve has been into experimenting the latest years, while the traditional game developing dropped out of its interests. The new Half-Life title is logical: the company found the way to introduce VR at its best, and one of the most famous titles in gaming history gets resurrected. It’s obviously not about simply moneymaking, or Half-Life 2 would have more episodes than Star Wars. It’s about establishing the new reality with VR no more exotic.

The game will only be available in VR version. That’s the principal position of the developers: it’s a title that encourages the adoption of the hi-end VR technology. And the result is here: the game has just been announced, and Valve Index VR Kit already sells better than ever.

It resembles the situation with mobile AR gaming. We had some minor titles that proved the technology working, but it took powerful brands, like Pokémon, Harry Potter, or Minecraft, to make it commercial. Half-Life: Alyx may do the same trick to VR and use its credibility to push the VR forward.

As you already know, Alyx Vance is one of the most acclaimed heroines in gaming history. Half African, half Asian, she is both great looking and great acting, a big mind and a bod fighter. It was a shame we only saw her as an NPC in Half-Life 2, along with Gordon Freeman. Now she finally becomes a playable character. Along with her father, Eli, Alyx is confronting the Combine, the alien structure that deploys on Earth in order to conquer our planet. The story will also combine straight fighting with puzzle-solving, adventures, and exploration.

Of course, all the elements will be VR-based, with 3D environment surrounding you. There will be principally new tools, like Grabbity Gloves. They are able to adjust gravity, and that might have especially cool effects.

The length of the story is planned somewhat between 13 and 15 hours. But probably there will be an open world that lets you play even after you’re through with the core mission. 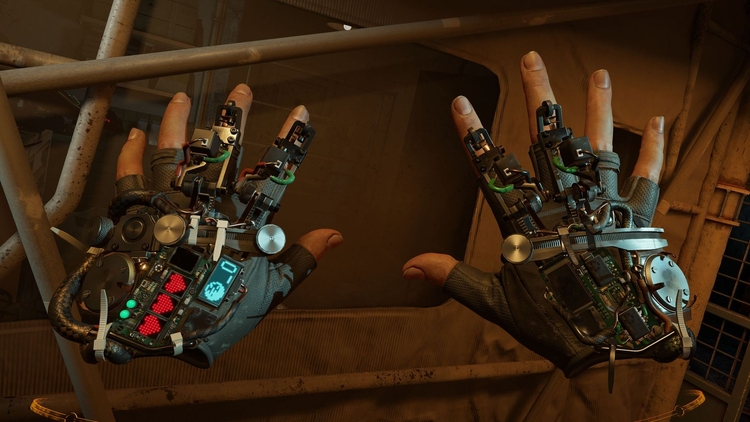 First of all, you will need a VR headset. Valve Index is the primary option, as its buyers (when it hits the stores) will also receive a free copy of Half-Life: Alyx. That’s why it sells so well now. Still, the game is compatible with HTC Vive or Oculus Rift, though it won’t come as a gift. Other Steam-compatible headsets, as they are released, probably will support it too.

But quality matters. You will need special hand controllers that react when you just slightly move your finger. The trailer shows how Alyx’s hands act as she interacts with items; it’s the level of realism never reached in VR before, and it requires hardware to trust.

Then, you’ll need some room for playing. Just an armchair in front of your PC won’t do: in VR, you move your body as if you were the character you impersonate. So, prepare to keep your room clean and half-empty.

As for your PC hardware, the rule is simple: the more powerful, the better. See the trailer to know why it’s so important to have the best hardware. Valve has done its best: the heroine’s hands look incredibly natural. The environment is fully interactive. And the depth of the stage looks even more impressive than in some movies.

There hasn’t been an announcement about requirements, but it will obviously need countless gigabytes of storage, and if you only have 8GB RAM, it’s time to think about upgrading. 8GB is a minimum for Valve Index to function, but Half-Life: Alyx is not your average VR game, and it takes at least 12GB (16 or more would do better, though). Your video card should be at least GTX 1060 / RX 580 with a DisplayPort. You better not trust adapters, as they can behave unpredictably and show entire incompatibility (even if forums say they will work).

It won’t happen from the very beginning, but the game will be Steam-compatible, and it assumes support of Steam Workshop. That is, users can make their own mods for Half-Life: Alyx and share them with other users.

That’s a reasonable decision of Valve’s. The more content is available for VR, the more attractive the technology gets. Let’s remember that Half-Life: Alyx is meant to be more than a game, it is planned as a piece of content that VR industry lacks. The modder community is progressive and influent; if it finds the new game worth attention, it will promote it.

It’s been announced that the game will hit the store (and we know what store) in March 2020. The exact date is still unrevealed; as the time comes, though, Valve will make up its collective mind and set it, and then announce.

Still, as Half-Life: Alyx is, in fact, an experimental game, there may be unexpected troubles that can cause delays. Nevertheless, it still makes sense to purchase Valve Index beforehand. While Half-Life: Alyx is on the way, there are other VR games to enjoy. Take your time also to prepare your physical playground. 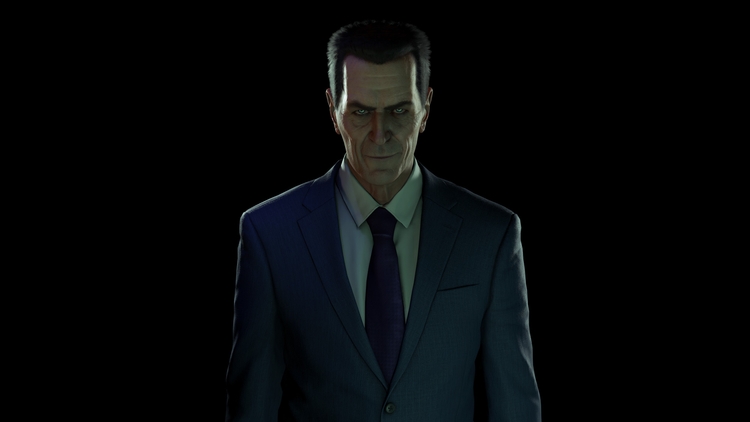 If there is a big name that pushes the VR industry forward, it’s Half-Life: Alyx. In six days, the trailer has been viewed for over 8 million times. We assume most of its users do not have a VR headset yet (as there is no PC-compatible headset that sold more that PSVR’s 4.2M). They might have tried it with Google Cardboard or its Chinese analogues, but the grown VR has never looked like this.

The impact is already here: Valve sells more Index sets than ever. That means that other developers are catching up. Even if not contacted beforehand, they see a growing market segment now, and the train is still here. Chances are that the first ones to jump in get the jackpot.

No way, though, will VR become the mainstream in gaming: it takes too serious an upgrade for most users, so we will see evolution instead of revolution. It’s not that bad: we have seen these grand expectations about wearable devices. Revolutionary efforts (like those by LG in 2009) failed, but constant evolution by Fitbit, Garmin, Samsung, Apple and other vendors did the work. Now smartwatches and fitness bracelets are still a niche, but quite a large one. It all happened due to introducing new features gradually.

The same may happen to the augmented reality, with Google Glass being that premature coup, while phone screens, cameras and batteries growing better to handle the AR apps properly.

Will there be a non-VR version of Half-Life: Alyx?

No, there won’t be. This game is initially developed as a VR experience, meant to reveal the potential of the technology.

What’s the price of Half-Life: Alyx?

Generally, it’s $60, but if you purchase Valve Index, you get the game for free as a bonus.

Will Half-Life: Alyx be released for PlayStation VR?

So far, it’s only announced for Windows (and Steam). But the previous Half-Life installments were also released on consoles. If Valve decides to expand the experience to consoles, there is no alternative to PlayStation with its VR accessories. But if it decides to make it exclusively for Steam (and PC VR headsets), it will make even more sense.

We don’t know yet. Probably the game will go a bit beyond pure prequel, or Freeman will get his own Episodes. Then anything is possible. The trailer contains references to Episode 2, with Eli’s voice and G-man flashing, so why not?