GTA V is one of the most famous games of all time. Released in 2013, it seems that it is hard for it now to surprise gamers. But the developers found the way how to do it — they started a war between aliens.

GTA V fans will no longer be surprised by violent outbreaks. Confrontations between drug dealers and other criminals happen constantly in the city. But this time it's different. This war is not between criminals, but between aliens. Not so long ago, some players started to dress up in green neon costumes and attack single players. After noticing this new movement, other players started to fight back and form different fractions. The most prominent of them is purple. Players who decided to join this fraction dress up in purple suits and focus on attacking green aliens, rather than lone players. Some players even said that purple aliens are the protectors of other lonely gamers. 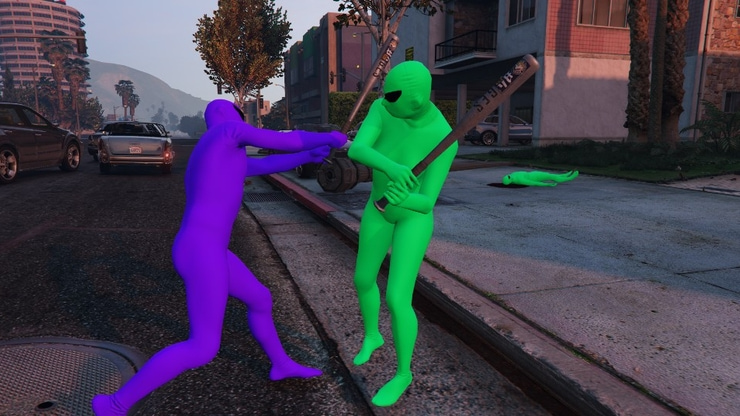 People coordinate their movements through the various Reddit channels. The green and purple aliens are not the only fractions that were formed in GTA V. There are a lot of small sub-fractions and groups, for example, white aliens.

Such a strange gang war inside GTA V could not go unnoticed by users of TikTok, who began to massively upload videos with aliens to a social network. As it usually happens, every video is accompanied by suitable music.

What about you? Have you decided on a team? Share your choice in the comments below.