Ghost Of Tsushima: Interesting Facts You May Not Know - Games Mojo Blog
0%

Ghost Of Tsushima: Interesting Facts You May Not Know 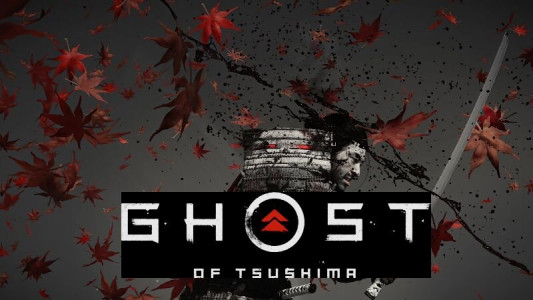 Released in mid-July 2020, Ghost of Tsushima PS4 is an action-adventure game by Sucker Punch Productions, probably best known for the Sly Cooper and Infamous series. Set in 1274, the plot is centered on a lone Japanese warrior doing his best to defend the island of Tsushima against Mongolian troops. As the story unwinds, you will get to know the feudal Japan of the 13th century, unmuddled by any overt fantasy elements. But how accurate is this depiction of history, and what is the inspiration behind it?

Indeed, there was a Mongol invasion of Tsushima in 1274, led by Genghis Khan’s grandson Kublai Khan. It was part of a bigger scheme involving other territories, too, which could have been successful but for… No, it wasn’t alone survivor who sent the invaders packing. A typhoon ravaged the Mongol fleet awaiting its time in Hakato Bay, Kyushu, killing an estimated 13,000 people in Kublai’s army.

The storm was dubbed kamikaze, or Divine Wind. It is quite clear from the Ghost of Tsushima trailer, however, that the future of Japan depends on you as one of the few Japanese warriors who survived the battle. You will lead Jin Sakai to scour the island looking for possible allies in a desperate attempt to stand your ground — something that never happened in real life. Other characters appear in the game also seem to be a deviation from history.

The Ghost of Tsushima gameplay relies heavily on sword action, which is another case of entertainment over historical accuracy. It was the bow that most samurai preferred back in the 13th century and not swords.

The inaccuracy is partly due to the fact that the game was inspired by the aesthetics of Akira Kurosava’s iconic movie “Seven Samurai”, set in late 16th century. Another source of inspiration that has contributed to Ghost of Tsushima is “Usagi Yojimbo”. The name refers to a comic series featuring an anthropomorphic rabbit rōnin who wanders around early Edo Japan looking for a job as a bodyguard. The protagonist is known for being good at sword fighting.

While not justly credited with defeating the Mongols, wind does play a major role in the game as an indicator of where the next objective lies. Yet, a number of distractions is included, and you don’t have to always follow the guiding wind to enjoy the game. Getting off the beaten track is key to the diversity offered by this story. You’ll be meeting other ghosts of Tsushima as you wander about the island, and it’s up to you to get engaged in their lives or pull out and focus on your current pursuit. Sometimes you’ll need more than your sword to help those in need, such as finding food for the hungry.

Ghost of Tsushima appears to be an entertaining game that’s reasonably true to Japanese history and offers an authentic experience through a highly diverse plot with quick, intense fighting with climactic one-on-one duels that require a lot of skill. Unfortunately, Ghost of Tsushima PC has not been announced, which means the pleasure is reserved exclusively or PlayStation users.
Have you already tried Ghost of Tsushima? Share your impressions in the Comments section if yes!