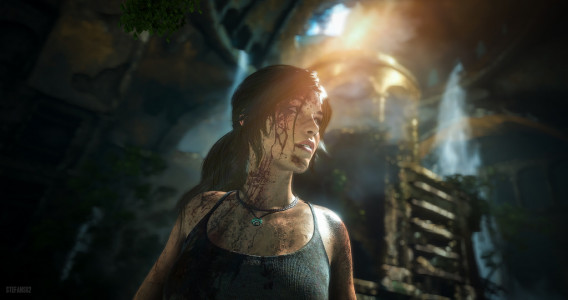 The sooner is Square Enix releasing the final game of the relaunched Tomb Raider, the more anxious we get about what to expect. We thought we knew Lara Croft well, but then the 2013 reboot came. So we followed the young and not who greatly shaped Lara through her early adventures and mastered fighting skills with her.

The expectations of Shadow of the Tomb Raider are somewhat similar to those before Revenge of the Sith: we do know how it’s going to end, but what, WHAT led to that?

This time the development has been transferred to Eidos Montreal studio, while the first two games were created by Crystal Dynamics. The new developers did their best to keep the tradition; they even refused to switch to their own engine, preferring that of the earlier games with some minor upgrades. So the spirit of Tomb Raider is more than just a shadow here.

What to expect: Plot and Graphics

So, Lara Croft is still in Mesoamerica, and Trinity is still after her, while she’s after that Mayan apocalyptic powers she has released. This time she masters the environment, so everything can become her weapon.

The story leads us through all that usual stuff: Mexican islands, mercenaries, modern and ancient weapons, traps and tombs. The main storyline is supported by additional quests – what are them? – tombs to raid! And for good raiding, you can upgrade your weapons and inventory to face the major enemies.

The reviewers lucky enough to try the game before the official release, though, didn’t see much improvement. It may be based on the fact that the game is still developed for the same consoles, and the PC version, that only could benefit from hardware progress, had to follow. So the developers utilize the same Foundation Engine previous installments are based on.

Still, there are some improvements. Forest scenes with a lot of trees and rich foliage don’t look blurred or pixelized anymore. Water and lighting are more realistic, and quick movements are more precise, in spite of the name.

Sometimes failing at dialogs and overall logic, Shadow of the Tomb Raider regains its reputation when it comes to traps, treasures, and tombs. We have already accepted the new Lara, not so hyper shaped and only becoming the badass we love.

Even the graphical part highlights this contrast. While action scenes are made with much more details, dialogs look as clumsy as they sound. Yet it’s not what the series is famous for. And it’s still good with its running, leaping, shooting and all the arsenal of tricks.

We already know the platforms covered by the first release. Sony PlayStation 4, Microsoft Xbox and Windows will be the first to receive it, and it’s no surprise. The developers hurry to cover the major platforms and think about the rest later, if ever.

The previous installments of Tomb Raider were ported to OS X, Linux, and even to Android (or its NVIDIA edition). Almost the same was with Rise of the Tomb Raider, except for Android, but it’s rather NVIDIA Shield TV that lost it).

Though the official release has been set to September 14th, some users who had ordered the extended edition received it two days earlier. So we can say the game is already out, and soon forums and Facebook groups will explore it like a tomb.