The 10 Best Games in School Setting

There is still a common stereotype that video games are mostly for a school audience. In real life, there are way more playing adults, and probably that’s the reason why games set in school or kindergarten are so popular. From social simulators to action, they are quite diverse, but school as the setting is a very important part of its immersion.

Here is the list of high school simulator games and their likes. The learning process isn’t the only thing you go to school to; there is always communicating with your mates and teaches, and sometimes greater adventures. The games we selected may differ from each other, but any of them can let you recollect your school days, or, on the contrary, play the school of your dream or nightmare. 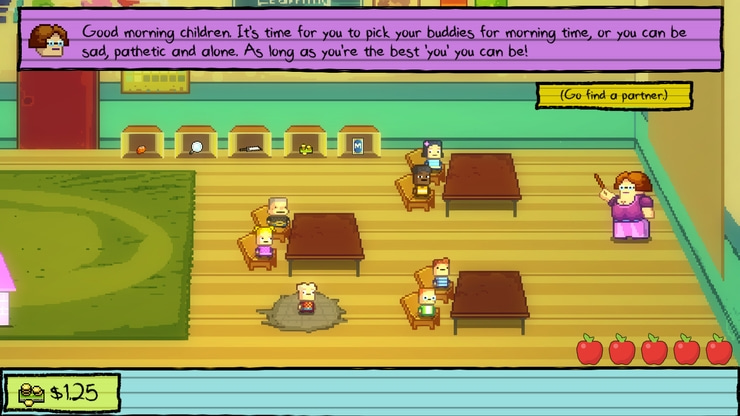 If we try to keep to our inner chronology, it’s the most logical game to start with. Kindergarten Steam game is an extremely popular one, rated 9 out of 10, which is a high rate for Steam with its criticizing audience.

Through an adult’s memory, elementary school is a golden careless time. But look at it through the eye of a kid, and you’ll see how many problems there are! To highlight the feeling of everything so new, the developers hypertrophied all the strange traces schoolkids may have. So your class is full of freaks and weirdos you have to get with.

This social simulator is built on choices and options, and, besides that, you go through an adventure and collect items that help you finish your school days successfully and proceed to the next one. It was successful enough to give life to the sequel, but there aren’t many differences, as it features more of the same stuff. Not the worst way to make a sequel. 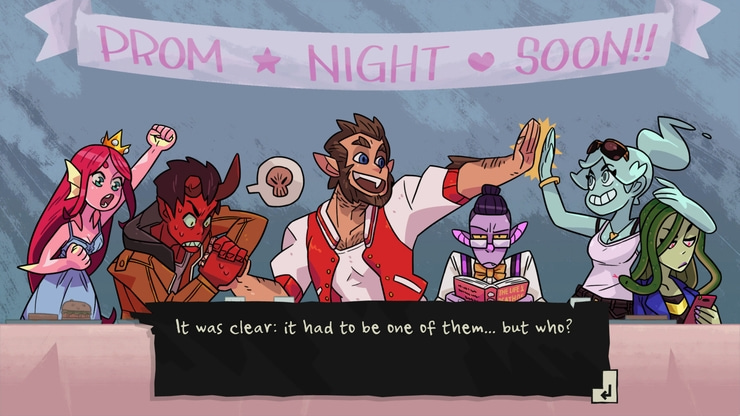 Despite some of your schoolmates might have been monsters in human bodies, this game takes this too literally. So you have the story of a prom in a monster school, with students of various terrifying shapes! Probably some of them may remind your mates and even yourself, and no wonder: no matter how they look, they behave like regular students.

In fact, it’s a dating game set in a very unconditional school, but that mostly impacts visuals. Your character’s mission is becoming the most attracting one to conquer hearts and woo your fellows. The story is full if twists, choices, hard situations, and the characters you’ll fall in love with, despite their monstrous looks.

Last but not least: unlike most dating simulators where you deal with bots, this is a multiplayer game, so you communicate with real people behind those bizarre creatures! And if two of you fall for the same person, it’s such an exciting competition! 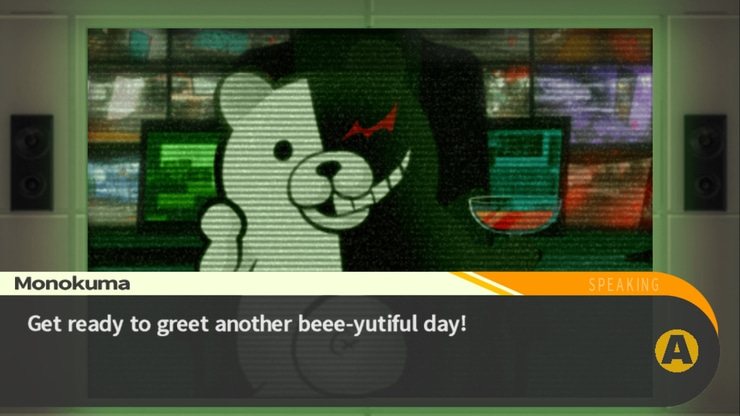 It’s the living proof that the Battle Royale name was given to the wrong sort of games. If we compare them to the source, the Japanese movie named Battle Royale, this one fits much better. It offers you the same setting: an entire class of high school students is suddenly caught in a strange bloody game. Yes, you guess correctly: they are forced to kill one another until there is only one left.

The name of the game literally means “Truth Bullets”, and it reflects another feature of the game. Each crime is followed by an investigation and a trial, where the survivors try to detect the criminal. And if the murderer gets away with it, it costs the others. 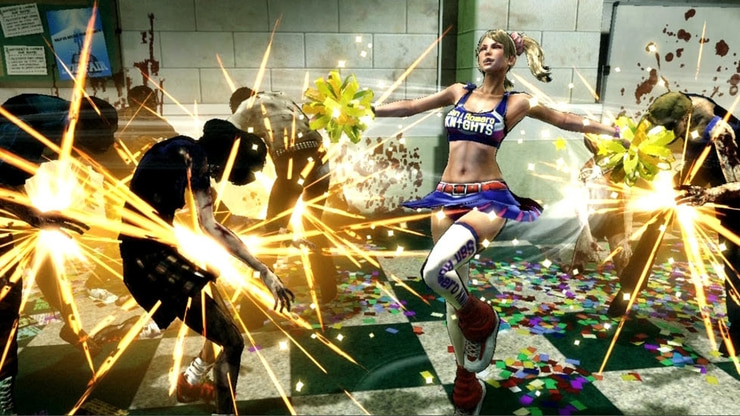 If you recollect all your school feelings, you won’t wonder why so many school games are so bloody and violent. This time the protagonist is Juliet Starling, a high school student and a zombie hunter (if this reminds you of Buffy the Vampire Slayer, you aren’t the only one). And here is some job just for her: instead of celebrating her 18th birthday with her boyfriend, she has to fight zombies that overran her school.

It’s a classical hack-and-slash with a deadly chainsaw and hordes of stupid enemies, but its school setting makes it something very immersive, so it deserves its place on our list. Juliet’s cheerleading moves are what you will remember long after playing and mention first when you describe this game to friends. 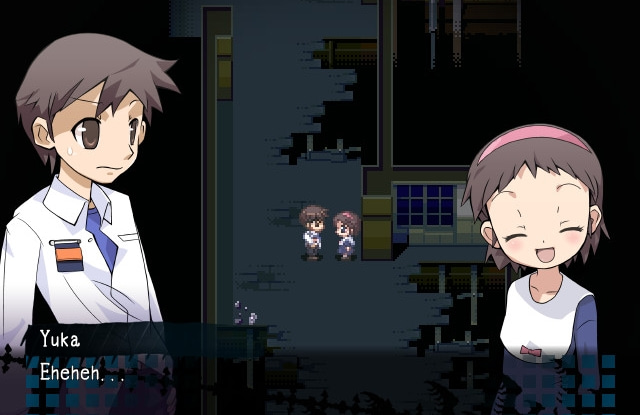 Probably there isn’t a single school kid who has never felt like the last one alive among zombies. Corpse Party visualizes this feeling, telling the story of a group of students who perform a student ritual of friendship and suddenly find themselves surrounded by dead enemies in a strange world outside.

Well, the location is still a school, but the students of it are, in fact, just spirits of those trapped who never made it out. In order not to join them, you need to go through a complicated quest full of terrifying and romantic encounters. 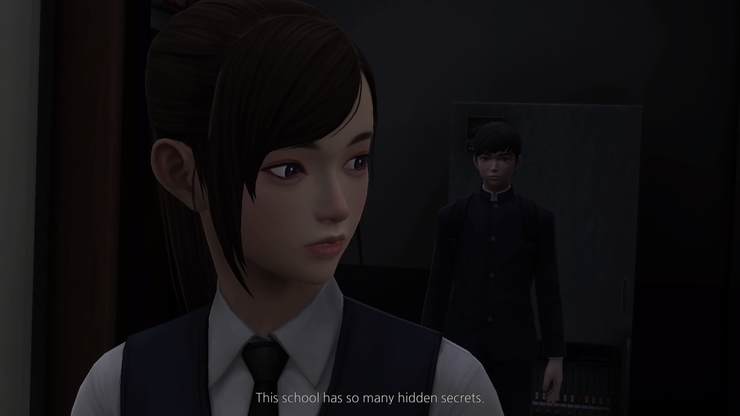 We hope you don’t get surprised at reading that it’s another horror game set in a school. This time it’s highly spiced up with Oriental specifics because it’s a remake of a Korean origin. Your character is named Lee Hui-min, and he’s a Korean student who suddenly finds himself in a strange situation.

It’s okay for a young guy in love to take off for a night adventure if he wants to make a gift for his crush and return her diary he suddenly possesses. But as he enters the school at night, he finds it crowded with aggressive terrifying ghosts. They are invincible for a mortal man, so Lee has to sneak past them. There is an extra danger, a possessed janitor who also intends to kill the guest. In addition, there are other students trapped, and Lee is the only one to help them out. 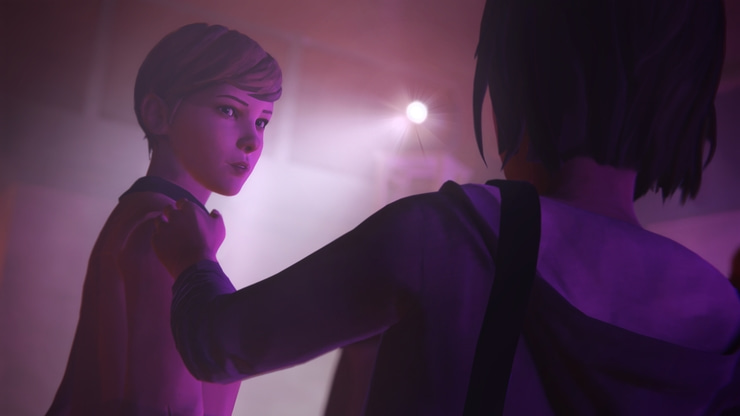 Finally, there is something with no zombies and no ghosts! But it doesn’t get less strange because of that. The ability the protagonist named Max Caulfield has is the one anyone has sometimes dreamed about: it’s Load&Save in real life. She suddenly finds out that he can replay any wrong choice in his life by just rewinding time.

But abilities like that don’t appear out of the blue. There is a storm she has foreseen but couldn’t prevent, and her house is destroyed along with the entire town. How can she change the past to use the butterfly effect by just making another choice? So, Max and her friend Chloe try to change history by solving various puzzles.

The characters and the situations around this fantastic story are very realistic and convincing, making the game a real masterpiece of the genre.

This one by Rockstar Games is one of the most praised games set in schools. The protagonist named Jimmy studies at Bullworth Academy, with its rich informal life. You need to maneuver between student cliques, face bulling, encounter nerds and weirdos, and finally establish Jimmy as the king of the school, taking control over all the groups.

It’s a social simulator that takes it to the heights of a criminal saga or a Machiavellian medieval story. Mission by mission, you rise up to the top and attend classes in between. Well, it’s one of those rare games where education is reflected at all. If you liked Kindergarten game, you’ll probably appreciate this one too. 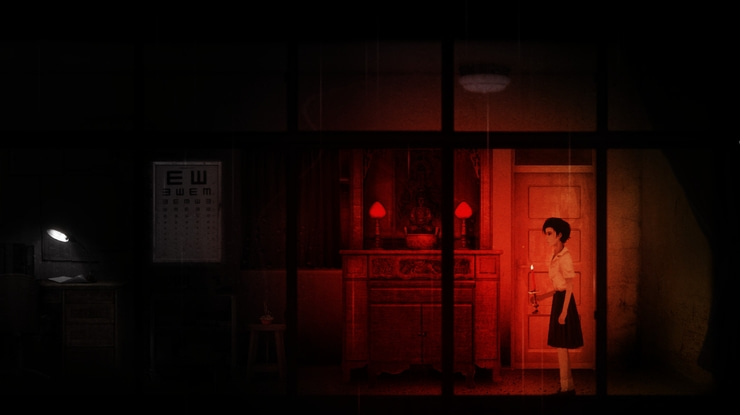 And here comes another Asian title, this time developed in Taiwan. It’s full of Taiwanese cultural and mythological references. Your characters, Ray and Wei, get trapped in the schoolhouse in the night, while the typhoon is approaching. But it’s not the worst: the evil spirits rise on such a night, turning the school into hell.

Switching between two protagonists, you need to coordinate their actions in order to succeed. Puzzles you need to solve require well-coordinated moves, so the game is a challenge even to experienced players.

In fact, it’s the whole series, but we selected the newest installment we consider the best. The series follows a group of students able to summon “personas” to fight the mystical creatures. Your character shares this ability with some other students, and they have to apply it against the evil.

The narrative kind of follows The Spider-Man manner of combining simple student life and superheroic fights in other dimensions. So fights alter with tests and lessons, making the overall impression very unusual.

Well, this list of school games isn’t definitive, and there may be other titles that you think should have been mentioned. You’re welcome to comment!