Toy Story is a mania again in 2019, and the gaming industry is swift to react. Minecraft players can now have a mashup pack, bringing Toy Story characters into its cubic universe. It’s paid, but the price is approximately equal to that of a cinema ticket, providing many more hours of entertainment.

If you want to know what the pack includes before downloading it, here is the list. First of all, it brings character skins, including the two all-time favorites: Buzz Lightyear and Woody, and some other characters from the classic parts (Rex, Bo Peep, Emperor Zurg, and others), and also new ones like Ducky & Bunny, and Duke Caboom, voiced by Keanu Reeves.

In addition, the pack includes new locations familiar by the movies. You can visit the places you have seen in the first installment, including Andy’s and Sid’s bedrooms, as contrasting in Minecraft versions as their originals, and Dinoco gas station. 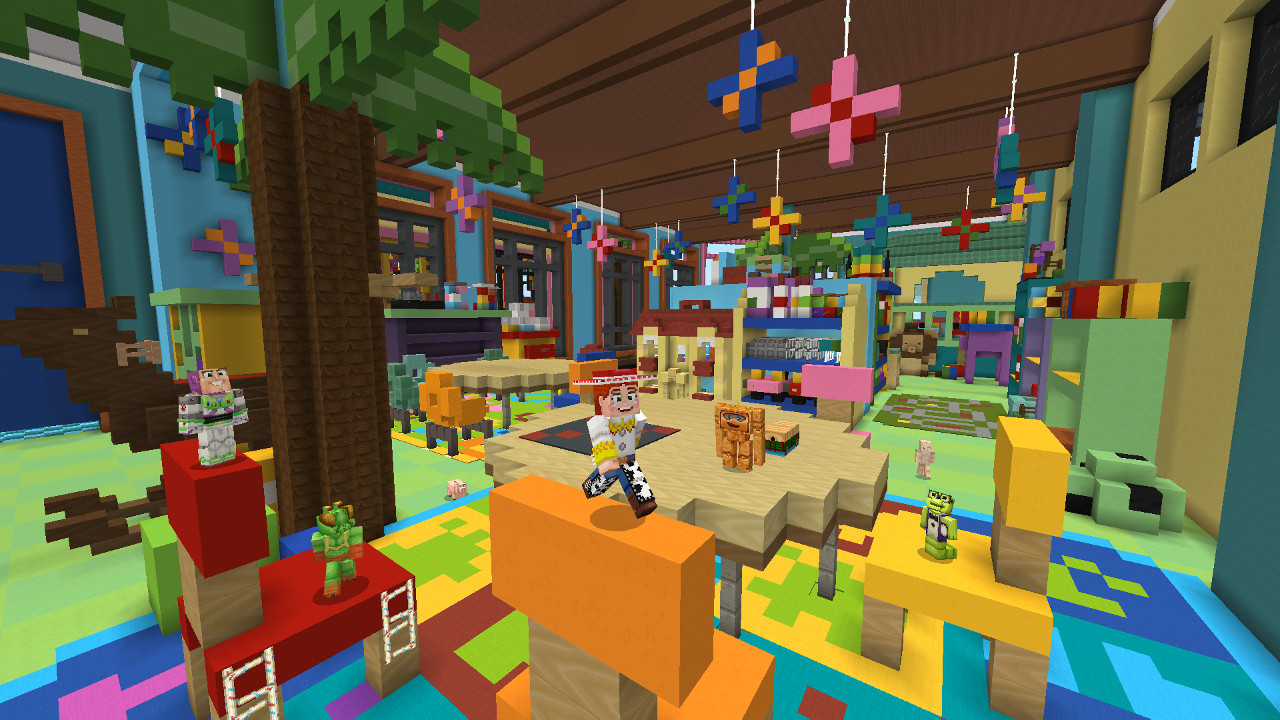 One of the best decisions made by developers is correct scaling. You see the rooms from the perspective of a toy, so everything looks enormous, while we know that everything is quite regular sized for a human. It also impacts the way the characters move: to get on the bed or reach the shelf, you’ll need to climb or jump.

This crossover is just the latest in the series, bringing cult characters and locations into Minecraft environment. There have been The Simpsons (look, EA, in Minecraft, unlike The Sims, it’s official!), Solo: A Star Wars Story, Pirates of the Caribbean, and some other movies. In fact, it resembles the story of LEGO success, even before the Minecraft era – another reason to compare these two.

How and Where to Find It

The pack is already available for Minecraft on selected platforms, namely Xbox and PC. Other platforms may get this update soon too, but there hasn’t been an official announcement yet. The price it is offered for is just $8, being much less than DLCs for other games may cost.

Chances are Minecraft will never get a full sequel, offering constant evolution instead. These mashup packs are a good way to highlight its constant upgrades.