Bethesda at E3 2018. Trying to make an explosion in the gaming world - Games Mojo Blog
0%

Bethesda at E3 2018. Trying to make an explosion in the gaming world 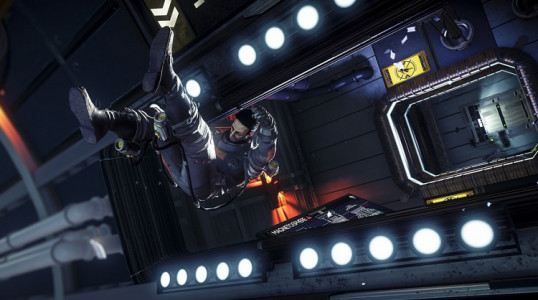 Bethesda conference at E3 2018 can be already named one of the most successful. The company presented loads of news about upcoming and remastering games with some really cool announcements. The fans were not disappointed thanks to the impressing number of novelties which are soon going to make an explosion in the gaming world.

Obviously, that this year Bethesda did not want to concede superiority to Sony or Microsoft in the annual race for the title of the best team. Therefore, the company gave all the best and tried to justify the fans’ wildest expectations.

We discovered the information about new projects and hits like Rage 2 and Fallout 76, saw the grand announcements of Skyrim: Very Special Edition, Wolfenstein: Youngblood and DOOM Eternal. Several premiers also happened during the conference. After the Bethesda presentation, it seems that the new round of development of the gaming industry is already here.

Bethesda performed a teaser trailer for DOOM Eternal, the sequel to the most brutal game of the XXI century. This would be a logical continuation to the DOOM released in 2016. More details on the game will be revealed in a gameplay trailer which Bethesda promises to show at QuakeCon 2018 (9 — 12 August 2018). As we already know from the teaser, DOOM Eternal events are no longer on Mars, but on Earth. Thus the plot of Doom II: Hell on Earth is repeated. The release date is unknown, but we expect to hear it at QuakeCon.

For the first time in 25 years, Bethesda launches a brand new franchise. It’s a project Starfield from the creators of The Elder Scrolls and Fallout. In this single-user game, a player is going to explore the sci-fi world and take part in the incredible adventure. The space project is nowadays on the stage of development, so there are many secrets around. However, Bethesda gave us an inkling that the game is designed for the next generation of consoles.

Bethesda finally revealed the next part of the legendary fantasy-RPG The Elder Scrolls VI. Though it is officially announced, the players probably have to wait for the release a few more years. To somehow reassure the fans of the game, Bethesda Softworks offered them a kind of replacement. The Elder Scrolls: Blades - RPG was created by Bethesda Game Studios for devices running on iOS and Android.

By using the touch screen, gamers will be able to swing the sword, fend off enemy attacks, summon shattering lightning and perform many other actions. Blades will support both a two-handed control scheme with a horizontal arrangement of the smartphone and one-handed with a vertical one. The Elder Scrolls: Blades release is expected in autumn 2018. For those who register on the official website of the project before June 15, there is an opportunity to participate in the early access program, as well as get an exclusive sword and helmet.

A full-length movie for Fallout 76 was shown at the conference. Bethesda also performed a collectable version of the game with the name Power Armor Edition.

From now the game becomes an online survival simulator in the open world. Players will have to construct more, to manage more tasks to destroy monsters and to shoot more.

The new part of Fallout will be multi-user. However, nothing prevents you from playing the game alone. You can also switch to the game with friends, make a gang, kill the monsters, rebuild the fortress and throw someone on the head of a nuclear missile. It is not extended to wait: Fallout 76 will be released on November 12, 2018.

In the sequel of Wolfenstein, twins Jessica and Sophia should take the baton from their father in the extermination of the Nazis mission. The action in Youngblood takes place in the alternative Paris of the 80s: enemy propagandists broadcast from every TV, almost modern cars are rushing along the streets, but there is no freedom at all. Girls must save their father in this challenging mission. The campaign can be held alone or with a friend in a cooperative. The release is scheduled for 2019.

On E3 2018, Bethesda showed a gameplay video for Rage 2 from Avalanche Studios. The post-apocalypse plot tells us how the asteroid crashed into the Earth, and 80% of the planet's population was destroyed. Those who survived started a violent struggle for existence.

The main character is the last ranger of the Wasteland named Walker who is fighting with General Cross. The task is to overthrow the scoundrel at any cost. Open seamless world, a whole military arsenal, cars, improvements and complete madness in the best traditions of the Borderlands — Rage 2 has something to love. The announcement of the Rage 2 Collector's Edition also became an essential part of game’s presentation.

One of the best games of 2017 got several updates about which we heard on E3. Immediately after the presentation on the servers, there were updates with the Survival Mode and New Game + modes. Besides, the addition Mooncrash is available for the purchase and passage.

Mooncrash is dedicated to the escape from the lunar base of the corporation "Transtar". The action will unfold on the space base on the Moon. The addition offers a plethora of new activities. New challenges are already available on all platforms.

Before the end of the summer, Prey will gain a multiplayer mode: one person versus four mimics. By the way, the owners of Xbox One X can rejoice - the game finally bothered to patch under the most heaped console of our time.

Except for these loud announcements, Bethesda at E3 2018 shared some news about other games.

All in all, we consider Bethesda’s show one of the best press conferences at E3 2018 wits its long-awaited game releases and impressive game add-ons.