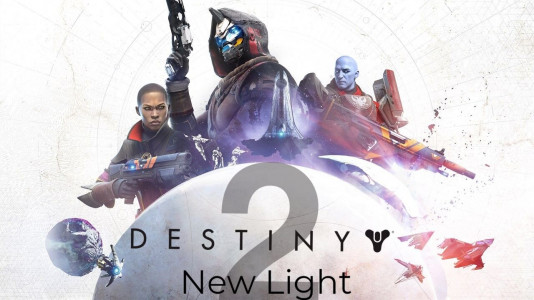 Released back in 2017, the free-to-play multiplayer first-person online shooter that goes under the title “Destiny 2: New Light” will be available on PlayStation 5 and Xbox Series X by the end of 2020.

Those awaiting the release of next-generation consoles will have the ability to play their favorite shooter after these are launched in 2020. This is in line with the general backward compatibility policy as stated by both Sony and Microsoft regarding their upcoming consoles. PS4 players will be able to enjoy a game together with those using PS5, and Xbox One users can play with owners of the new Xbox Series X. However, there’s no evidence of. Bungie turning Destiny 2 into a cross-platform game so far.

Existing Destiny 2 players will appreciate the fact that the transition to the next-gen consoles is free. That is, you won’t have to pay if you’re already playing it on an older Xbox or PlayStation. Sony has announced the launch of PS5 to take place in late 2020, and it’s in November of the same year that we’re expecting Xbox Series X to come out.

If you’re playing Destiny 2 on a PS or Xbox and considering an update to a next-gen console, don’t worry: it’s free!

Waiting for PS5 or Xbox Series X to come out? Let us know in the Comments section!