The Best Upcoming Games of 2018 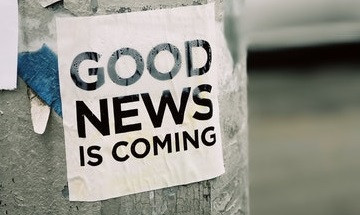 With the year winding up, it is time for every gamer to come to terms with the fact that there won’t be so many new games hitting our consoles or PCs in the remaining few days of the year. Yes, many publishers try to hold onto their triple-A titles for a festive season release. But it is time to set our eyes on the horizon and start scanning for the best games 2018 has on offer.

Last of US 2 will build on the conflict already developed in the post-apocalyptic world of Last of Us. According to the trailer, the story will be darker than what you faced in the first game, and the graphics are bound to be even better. The game will be available on PS4 late 2018 or early 2019.

Days Gone will be released on PS4 in early 2018. The PS4 exclusive title pits you against a different type of zombies called Freakers that are regular humans gone feral. As the hero, Deacon, you have to accomplish your mission while avoiding these Freakers that want to devour you. From the trailer, you can tell it is going to be adrenaline packed. The Freakers are all over.

A Way Out release is set for March 2018. It is a narrative-based adventure piece with an online or local co-op experience. In each case, only one person will have to buy the title. EA wants it to work like inviting your friend over to play the game on your console rather than forcing everyone in the co-op to own the game. The game is scheduled to release on 28th March 2018 on PC, Xbox One and PS4. The fact that it is already available for pre-order makes it the surest to release title so far.

Scheduled to hit the PS4, PC and Xbox One platforms on March 27, 2018, Far Cry 5 will be a bit different from Far Cry Primal or Far Cry 4. The developers have decided to bring the action near home. You will be surviving in a modern world Hope Count, Montana where the Project at Eden’s Gate cult is threatening to overthrow the calm of USA as we know it. You will be Hope County’s new deputy sheriff, and it is your duty to fight the militia cult led by Father Joseph, a religious fanatic. There will be melee combat, dog fights, trusty guns and dear animal companions, making everything as exciting as it can be.

Rockstar Games will be in line with its Red Dead Redemption 2, a title it hopes to publish on Xbox One and PS4 in the spring of 2018. Since the release was pushed from 2017, we really hope that they deliver on their promise this time. The details about this game are scarce, but we can tell there will be a multiplayer, many prairie roads and epic train heists.

The God of War franchise has always been an interesting mythology piece that has gathered quite the following worldwide. PS4 gamers will hopefully lay their hands on this new adventure in the early months of 2018. God of War will drop the numbering we’ve grown accustomed to, and from the look of things, it is time Kratos calmed his endless turmoil and focused on raising his son Atreus into the warrior he has to be. This will be an all-around peace with occasional God of War mayhem and calm sections where Kratos and Atreus try to bond and live as a ‘normal’ family.

Metro Exodus is a multiplatform title that will publish to PC, Xbox One and PS4 meaning that anyone can join in the post-apocalyptic mayhem. You will be surviving in a world ruined by civilization full or mutated animals that want to devour you. You are a hardcore survivor making your way across a harsh Russian nuclear winter (can’t be any worse). The game will be available in the fall of 2018.

Call of Duty WW2 set the standards and was proof that players don’t really want futuristic and unrealistic conflicts when called to duty. Rumor has it that the new 2018 COD title will return to the present day, giving us a chance to explore current or recently passed conflicts in a world we can identify with. This is just speculation based on the fact that the Black Ops developer, Treyarch is looking for developers with a profound knowledge of modern firearms and military technology.

Even though Spider-Man is yet to get a release date on 2018, this PS4 title gives you an open-world superhero environment. This is an exciting departure from the norm meaning that Spider-Man will be more interesting as you can keep the neighbourhood safe whichever way you want. Since the game isn’t following any existing storyline, it would be interesting to see what we get in this piece once it goes live.