One of the most famous SNES games, Super Mario World, is so popular for a reason — or, actually, a lot of reasons. A nice soundtrack that gets stuck in your head for years (in a good sense, of course), an immensely comfortable set of controls that makes movement easy and intuitive, and visuals — well, they are not as fresh as they once were, but they seem to age pretty well.

But what really makes exploring the Super Mario World maps so much fun is a variety of locations, some of which are hidden. But you have to find these secret locations in order to complete all exits of the game, and even if you don't, most of them contain some lesser rewards. That makes searching for them an interesting quest that can take a lot of time.

While looking for secrets can be a lot of fun, there are some of them that can help you advance, and failing to find them can be a real disappointment. That's why we've compiled this list of top 9 areas with secret passages and other important bonuses. They are ranked by their importance, so if you're determined to find major secrets yourself, proceed with caution.

Forest Fortress contains a hidden location that can be reached only by using the cape. You can use it to fly over a lava ocean, and your reward will be nine additional lives. However, you don't need this secret to complete the game, and it doesn't have any other bonuses. And the game usually gives you lives in a much more generous fashion. But it's still a cool thing to do, so why not.

This level contains a passage to a mini-stage with a couple of useful bonuses. It's really important to have it unlocked since it allows you to get a couple of powerful items, so be sure to get there. Here's how you can do it: get to Donut Ghost House with the cape, move to the right a bit, then run to your left, then fly directly upwards. The additional reward will be four lives, and you can do it infinitely, so it's a great way to get 99 lives pretty quick.

This secret is an important one since you need it to complete Super Mario World without using Star World, so be sure to check it out. The level contains a false exit preventing you from really leaving these Plains. To avoid it, go to the platform that's underneath, then fly upwards to the plarform behind the false exit. Then, run to the right and jump, you'll land on a hidden platform with the real exit. And it will grant you three additional lives. 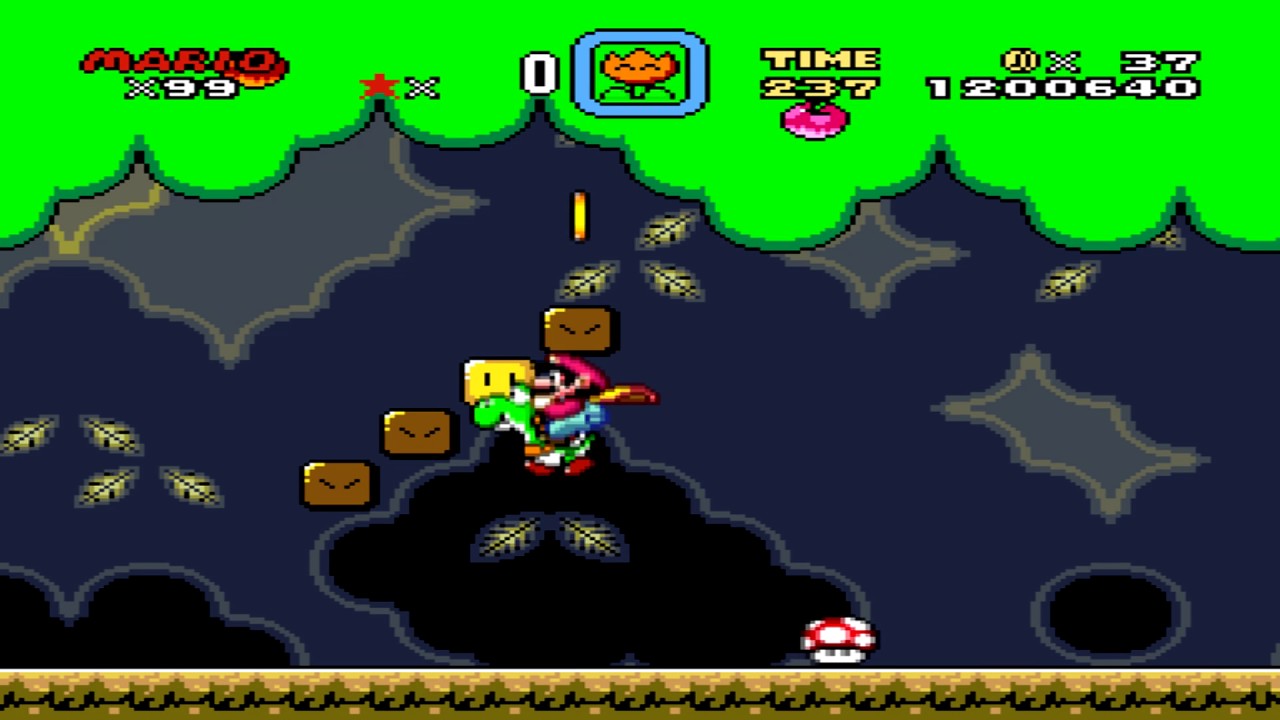 This is the other secret you need to find in order to finish the game without the Star Road method. A tall green pipe at the end of the level leads to a small level with a key and a keyhole. However, you have to get there as big Mario in order to get through a couple of yellow blocks. There are no other bonuses on this mini-level, so don't waste your time after getting the key.

This level has a special stage that can be unlocked by spending at least 250 seconds on the level, so wait for the timer to reach it, then go to the third part of the level. Look for the secret in the area that has a key and a keyhole at the end. This secret leads to the special mini-stage, and completing it will get you right to Wendy's Castle. 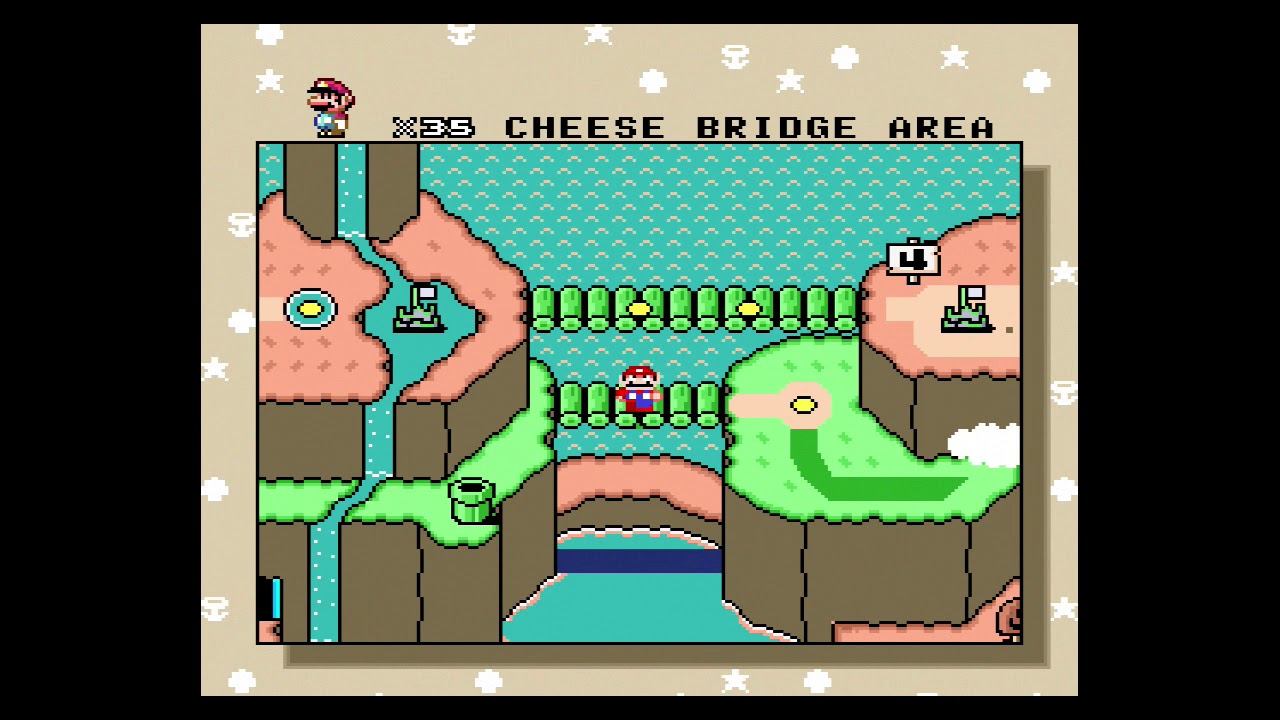 While this secret is still rather far from the first place of our list, it seems to be the most difficult ones in the entire game. Get to a long platform right after the checkpoint, then run to the right, then just start flying. When you get to the end of the level, dive below the gate and make your way to the platform right behind it. Now you can enter Soda Lake, and beating it will get you to Star Road.

Near the end of the Donut Plains 1 level, there is a wall of green outlines. To turn them into blocks, you have to complete the Green Switch Palace, but even if you still haven't, it's not a problem at all. Just get a cape somewhere on the level, get to the end of the level, run to the left and start flying up until you find a key and a keyhole. This secret is relatively easy to find, but it's still very important since it allows you to get to Donut Secret, Donut Secret House, Donut Secret 2, and Star World itself. 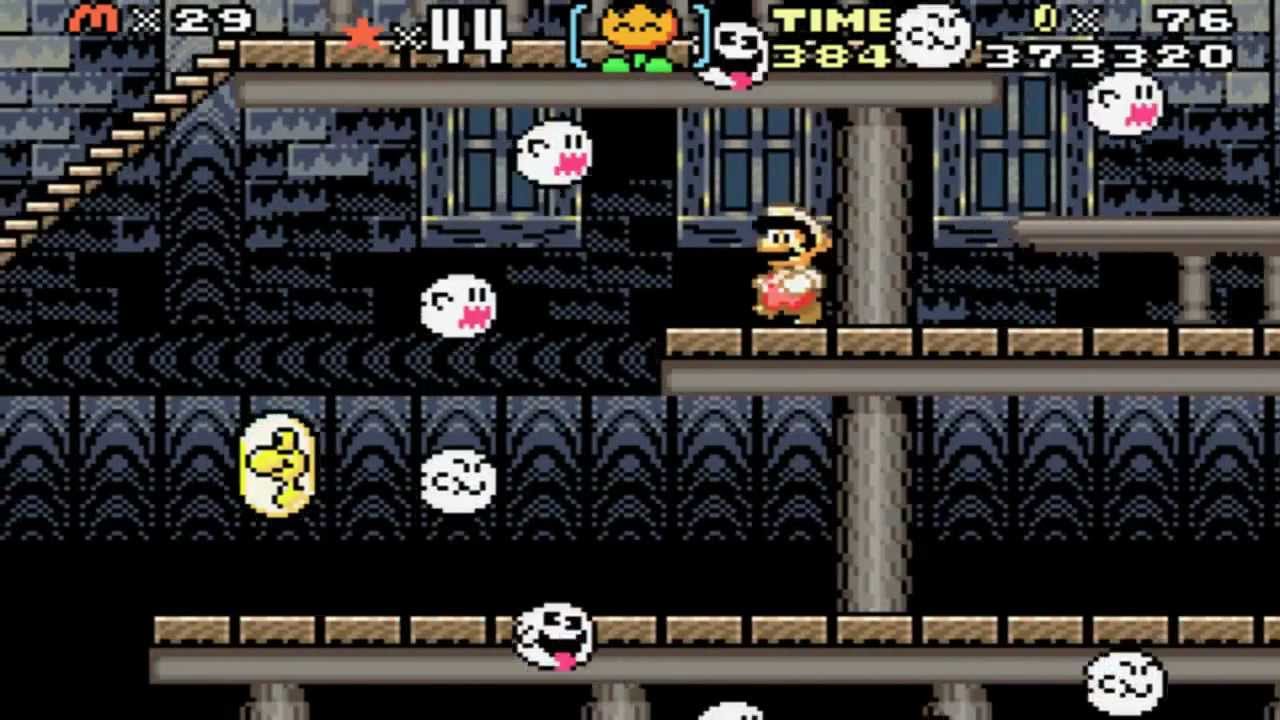 This secret provides you with the fastest way to Star World, which lets you beat the game quickly, and it features five great levels with unique challenges and their own secret exits. Here's how you get to those levels: go to the second room of Donut Secret House and look for a floating door, then go left and hit a P-switch you'll find there. Go back to the door and hit the yellow block above it.

A beanstalk will appear. Climb it to find King Boo, a secret boss that is invincible to jumping attack and can be hit only by throwing purple blocks at him. You have to hit him three times, and then the passage to Star World will open. 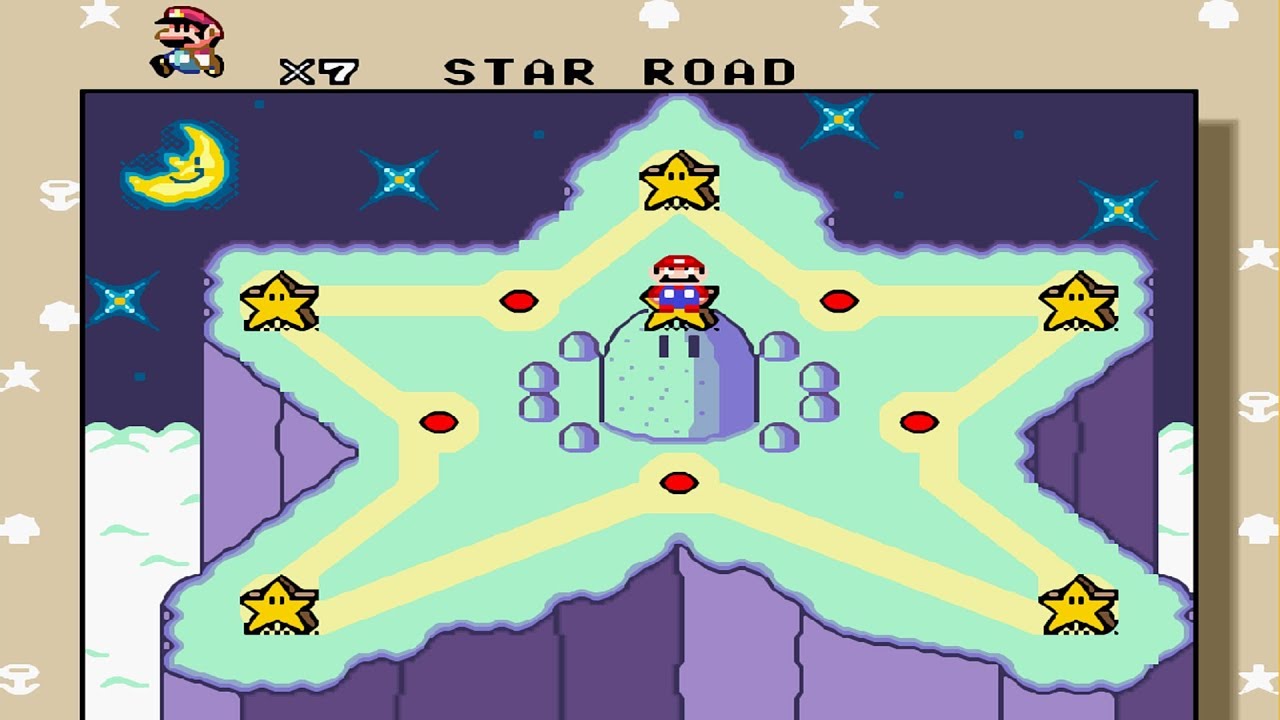 This secret is number 1 on the list for the sole reason that it allows you to get right to the end of the entire game. If you want to beat Super Mario World as quickly as possible, here's how you can do it without completing all the levels. First, you need to get to Star Road, which requires finding one of the secrets that lead here.
Then, just complete the Star Road levels until you get to Valley of Bowser. Every level has a secret exit that gets you to the next one, so look carefully. However, if you find all of those five exits, you will get right to Bowser's Castle, and that can be achieved rather early in the game. And while you'll miss a lot of content, it's still a cool and efficient way to finish the game.

While we've just covered a couple of the most important secrets of Super Mario World, hundreds of other hidden areas and smart mini-stages have been left uncovered. Things like Special World, different Switch Palaces and their corresponding blocks, and many others are up to you to discover since it would be unfair to deprive you of such challenges. So feel free to comment on what other top-secret areas Super Mario World has to offer, and don't forget to share.